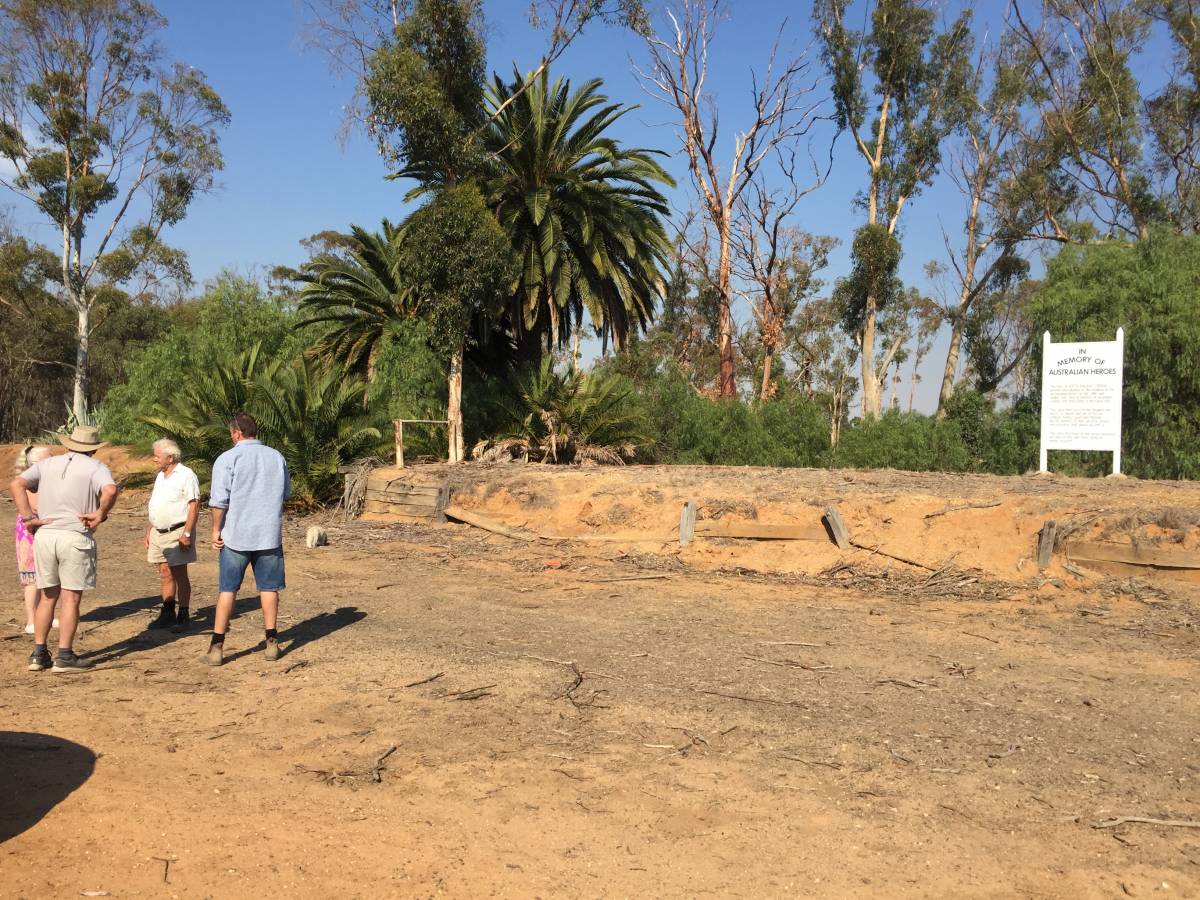 This has been cancelled The inaugural Kotta to Lockington Rail Trail Fun Run will take ...

This section is yet to be built, and it will eventually go on to Stanhope

We acknowledge the Ngurrai-illam-Wurrung people, the traditional custodians of the land and waterways on which the rail trail is built.

The local committee constructed the first 2km section in 2015 and are now planning to extend the rail trail to Stanhope in the near future.

Their long term plan is to extend the rail trail all the way to Rushworth where it will join the Murchison to Rushworth Rail Trail.

The local committee constructed the first 2km section in 2015 and are now planning to extend the rail trail to Stanhope in the near future.

Their long term plan is to extend the rail trail all the way to Rushworth where it will join the Murchison to Rushworth Rail Trail.

Proposed end of the rail trail at Stanhope. (2019)

Note: This trail is partially open – it is still being developed.

The trail is managed by Greater Shepparton City Council and Shire of Campaspe. Refer to their websites below to report issues.

We acknowledge the Ngurrai-illam-Wurrung and Taungurung people, the traditional custodians of the land and waterways on which the rail trail is built.

The Shire of Campaspe has obtained a lease from Victrack to develop the rest of the corridor from Waranga Basin to Rushworth. Campaspe Shire is seeking funding to build this as part of the Heathcote to Murchison Trail (outline brochure here) to link to the O’Keefe Rail Trail at Heathcote.

Extending the trail to the Melbourne-Shepparton rail line at Murchison East would allow better access from public transport, but making the large bridge across the Goulburn River safe will be a significant undertaking.

The Girgarre community is planning to extend its section to Stanhope and in future back to Rushworth.

A line from Murchison East on the Shepparton line was built to the gold mining town of Rushworth in 1890 and extended to Colbinabbin in 1914. Rushworth became a junction when a line was built to Girgarre in 1917. A diversion of the line was necessary when the Waranga Basin was built. All lines were closed by 1987.

The restored timber bridge across the Stuart Murray Channel. (2012)

Another bridge on the Murchison section (2015)

The rail corridor at Waranga Basin. 2012

The impressive bridge over the Goulburn River at Murchison. This would be part of a future extension to Murchison East.

Soon more than just kangaroos will be able to ...

Greater Shepparton City Council has received funding of $150,000 towards the Murchison stage of the Box ...

The start of the trail just to the east of the large grain silos is not hard to find in the small town of Dookie. The trail extends both ways from this point.

Section B: Dookie toward Cosgrove  (3 km)

The trail is managed by the City of Creater Shepparton. Refer to their website below to report issues.

We acknowledge the Yorta Yorta people, the traditional custodians of the land and waterways on which the rail trail is built.

Dookie residents formed the Friends of Dookie Rail Trail group to encourage the City of Greater Shepparton to lease this section of the rail corridor, and the trail was completed in 2010.

The remainder of the former branch line follows a quiet road to Katamatite; there are no plans for this section at present.

Stage 2 of the Dookie Rail Trail 7 km southwest to Cosgrove, alongside the active rail line, is half complete and discussions are under way to extend it toward Shepparton.

The branch line to Katamatite was built by Yarrawonga Shire in 1890 and taken over by Victorian Railways in 1892. The line closed in 1986 and the rails were removed shortly afterward. The branch line from Shepparton to Dookie is still open for grain trains but has not been used for many years.

Shelter along the trail (Peter McManus 2017)

If the trail doesn't give you enough exercise then this equipment at the start can. (2019)

Sites of former stations are marked on the map but generally little remains of them. The Friends of the Bendigo Kilmore Rail Trail have erected replica signs and are recreating sections of platforms to add to the experience of the rail trail.

Wildflowers, including orchids, appear in spring.

The trail is managed by the City of Greater Bendigo. Refer to the City’s website (www.bendigo.vic.gov.au) to report any issues.

Friends of the Bendigo – Kilmore Rail Trail have been very active in developments on this rail trail and have lots of further information and news on their website.

Other riding and walking options.

We acknowledge the Dja Dja Wurrung and Taungurung people, the traditional custodians of the land and waterways on which the rail trail is constructed.

Mitchell Shire Council received a Feasibility Study in 2018 that considered:

The Friends Group have produced two brochures outlining the vision for the first two sections.

Campaspe Shire is seeking funding to construct the Heathcote to Murchison Trail (outline brochure here) to complete the Murchison-Rushworth (Waranga) Rail Trail and link it to with the O’’Keefe Rail Trail.

This line was built in 1888 by Andrew O’Keefe to link Bendigo and Heathcote, from where here the it line continued to Heathcote Junction, near Wallan, on the North Eastern main line.  The Heathcote – Bendigo section of that line closed in 1958 (as the construction of Lake Eppalock reservoir was taking place and the rest of t)  This lightly -trafficked branch line was then was completely closed by 1968.

The first section of a rail trail between Bendigo and Axedale was opened in 1993 (by the former Shire of Strathfieldsaye Council. The second stage constructed and opened in 1999 (built by current City of Greater Bendigo Council), though like its the former railway, it was basic affair with rough surface and many low- level crossings.

The potential was there though, and in 2009 the Friends of the Bendigo – Kilmore Rail Trail was formed by locals to lobby for the extension of the rail trail and advise the councils.  In 2010, the Bendigo Council and the Victorian Government committed to a significant upgrade of the rail trail, including installing bridges on the Axedale section, and extending it a further 26 km extension to Heathcote. This work was completed in 2015. 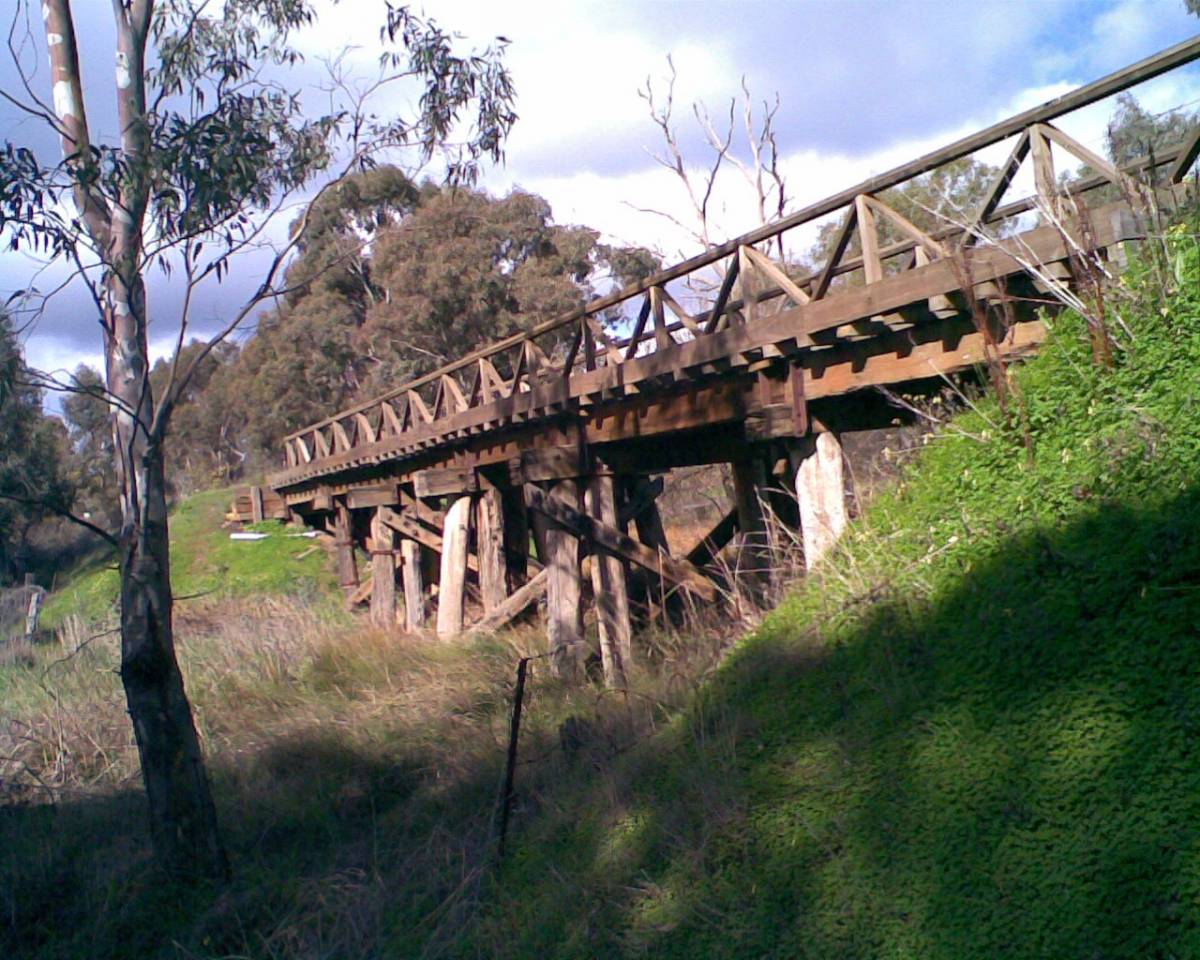 The only original bridge on the outskirts of Bendigo (2009)

Typical scenery on the trail between Junortoun and Longlea (2011)

Walkers enjoying one of the new bridges (2011)

The new bridge across Axe Creek viewed from below (2012)

The bridge crossing over the Axe Creek (2013) 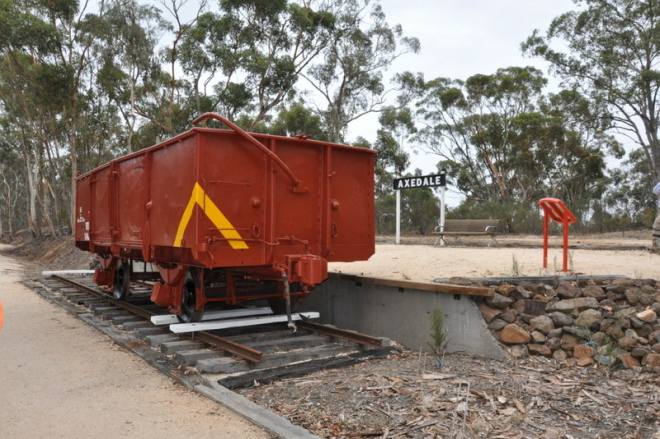 The almost new railway wagon back at the Axedale station site. (Colin Scott)

Picnic area on the new causeway at Lake Eppalock, with a very low lake level (2015)

The trail enters the forest at Knowsley (Andrew Lecky 2019) 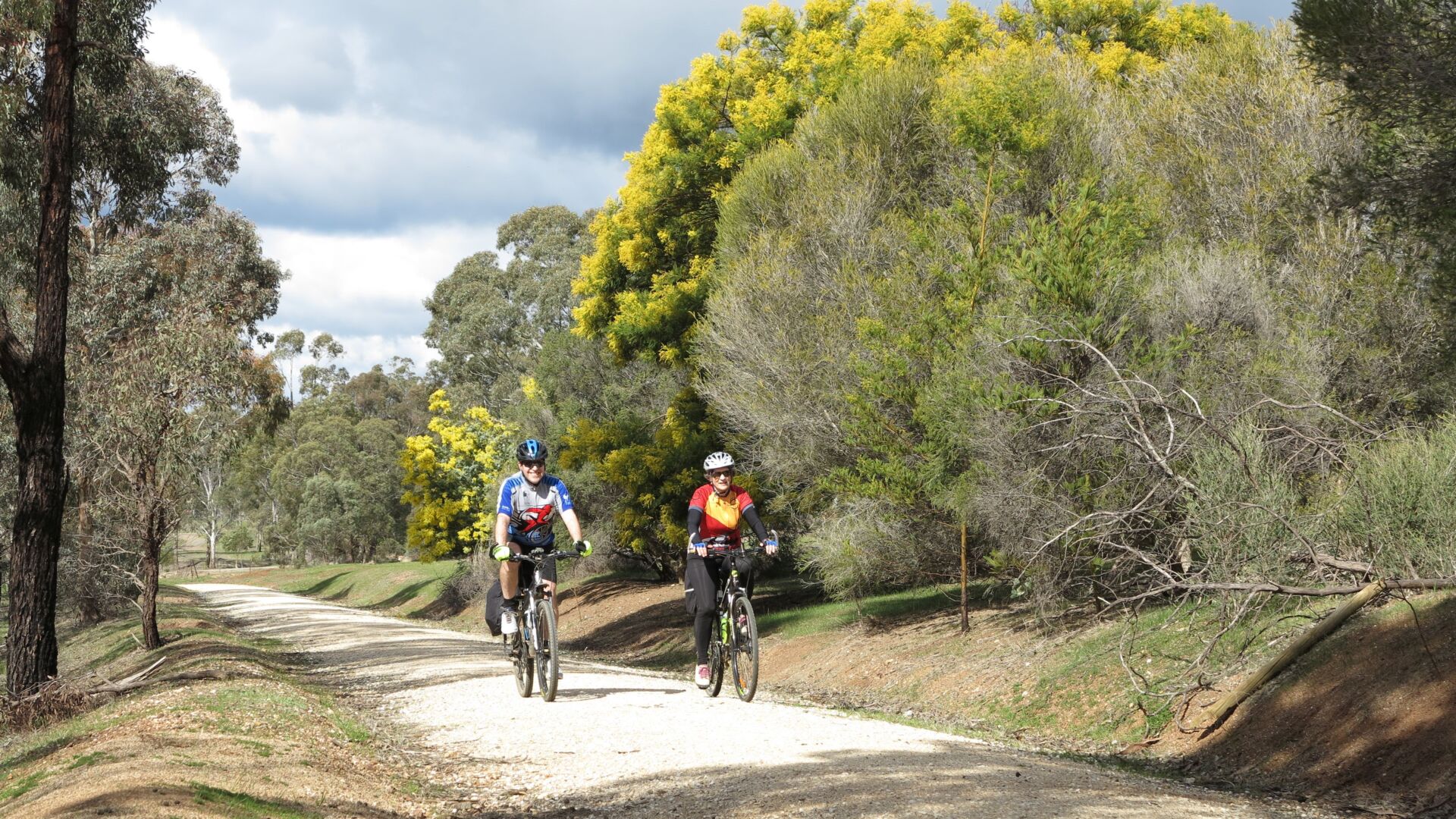 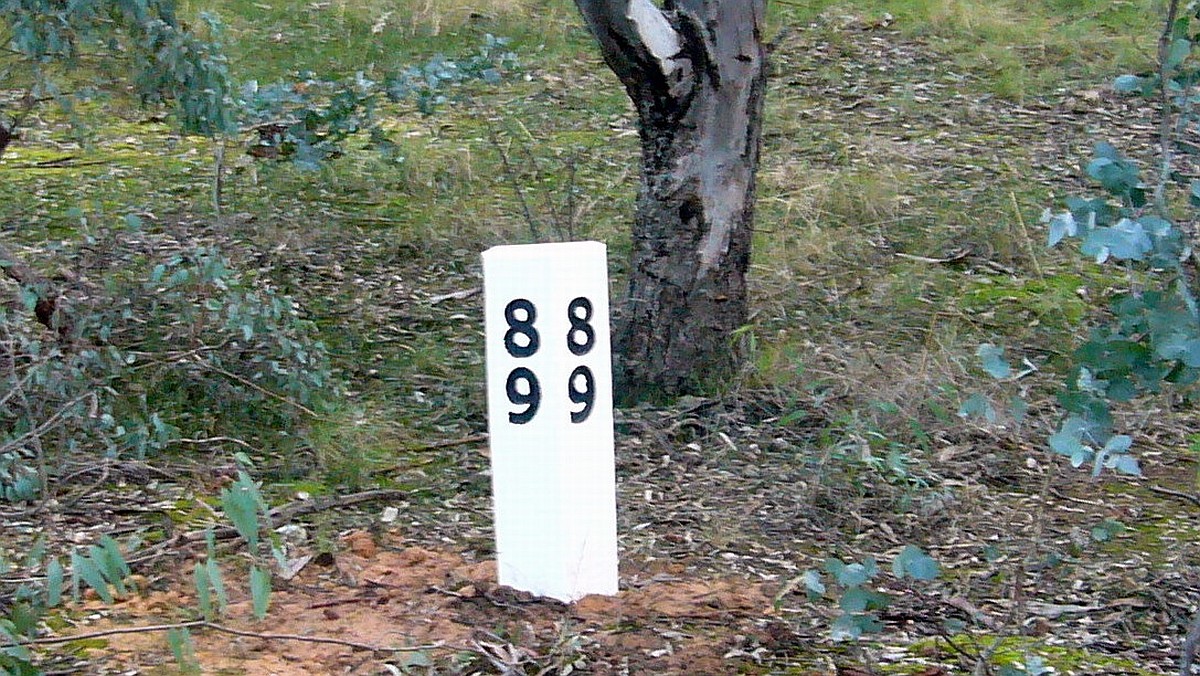 One of three water and bike repair stations at Junortoun, Axedale and Heathcote. (Ken Hanson 2019) 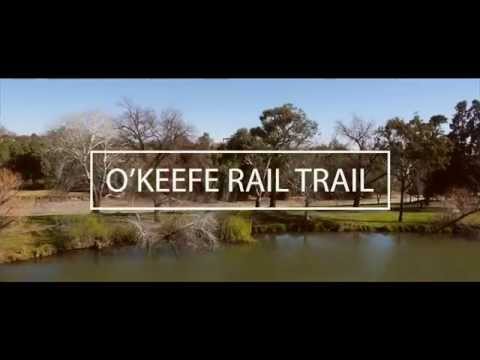 Wonderful view of the rail trail 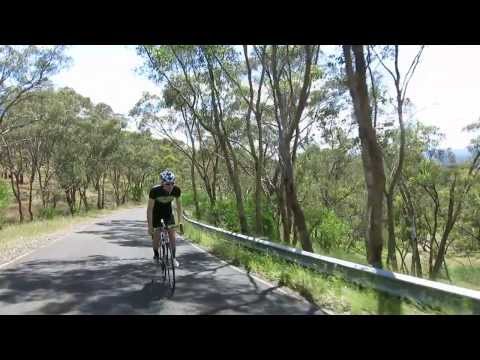 Ideas for other rides in the area

Goldfields Bike Tours & Hire – Unique opportunity to experience hybrid or E-bike riding to explore the rail trails and in conjunction with our air conditioned bus and 15-bike trailer.

A former Victorian Railway’s wagon can now be admired on the O'Keefe Rail Trail ...

The Friends of the Bendigo-Kilmore Rail Trail (FBKRT) group have informed us of new signs ...

The last bolt had barely been inserted before the ...

The Mitchell Shire, City of Greater Bendigo, and State Government have funded a feasibility study ...

The hard working volunteers from the Friends of the Bendigo-Kilmore Rail Trail report on their ...

The Wallan to Heathcote Rail Trail feasibility study formally began on 22 February 2016, with the selected ...

Now that the extension of the O'Keefe Rail Trail is open providing 50km of continuous ...

The Friends of the Bendigo-Kilmore Rail Trail (FBKRT) group have informed us of new signs ...

The ongoing project to extend the O'Keefe Rail Trail in northern Victoria a futher 26km ...

Heavy machinery provided a good start in the autumn[/...

Improvements and developments on the O'Keefe Rail Trail in northern Victoria continue apace. Over the ...

O'Keefe RT upgrade. Following up from the announcement of funding by Regional Development Victoria and ...

The Victorian Government has committed $1.9 million for a 24 km extension of the O'Keefe Rail Trail ...

The following notice has been provided by the Friends of the Bendigo - Kilmore Rail ...

The following notice has been provided by the Friends of the Bendigo - Kilmore Rail ...

The main sections of the Great Victorian Rail Trail are:

The Great Victorian Rail Trail is managed by the Shire Councils of Mansfield, Murrindindi and Mitchell.

Mansfield Visitor Information Centre acts as the support centre for the rail trail.

A detailed history of the Mansfield branch railway line

We acknowledge the Taungurong people, the traditional custodians of the land and waterways on which the rail trail is built.

The Spring/Home Creek Landcare Group began re-vegetation of the rail reserve at Cathkin in 2006 to create a flora and fauna reserve.

In 2021 funding was obtained for some major art features to enhance the rail trail.

Apart from the Bonnie Doon bridge, which opened in 2000, the first stage of the rail trail opened in August 2010.  The entire trail was opened by June 2012. In January 2014, branding as the Great Victorian Rail Trail was completed.

A broad gauge branch line opened to Yea in 1883 and to Mansfield in 1891. A further branch from Cathkin reached Alexandra in 1909.  The whole line closed in 1978, along with many other branch lines across Victoria.

Approaching Trawool from Granite, the rail trail passes through the Trawool Valley where it runs parallel with the Goulburn River (Ross Vaughan 2019)

Yea Country Market is held on the station precinct on the 1st Saturday of each month. The former station building now houses the Yea Family History Group (2017). 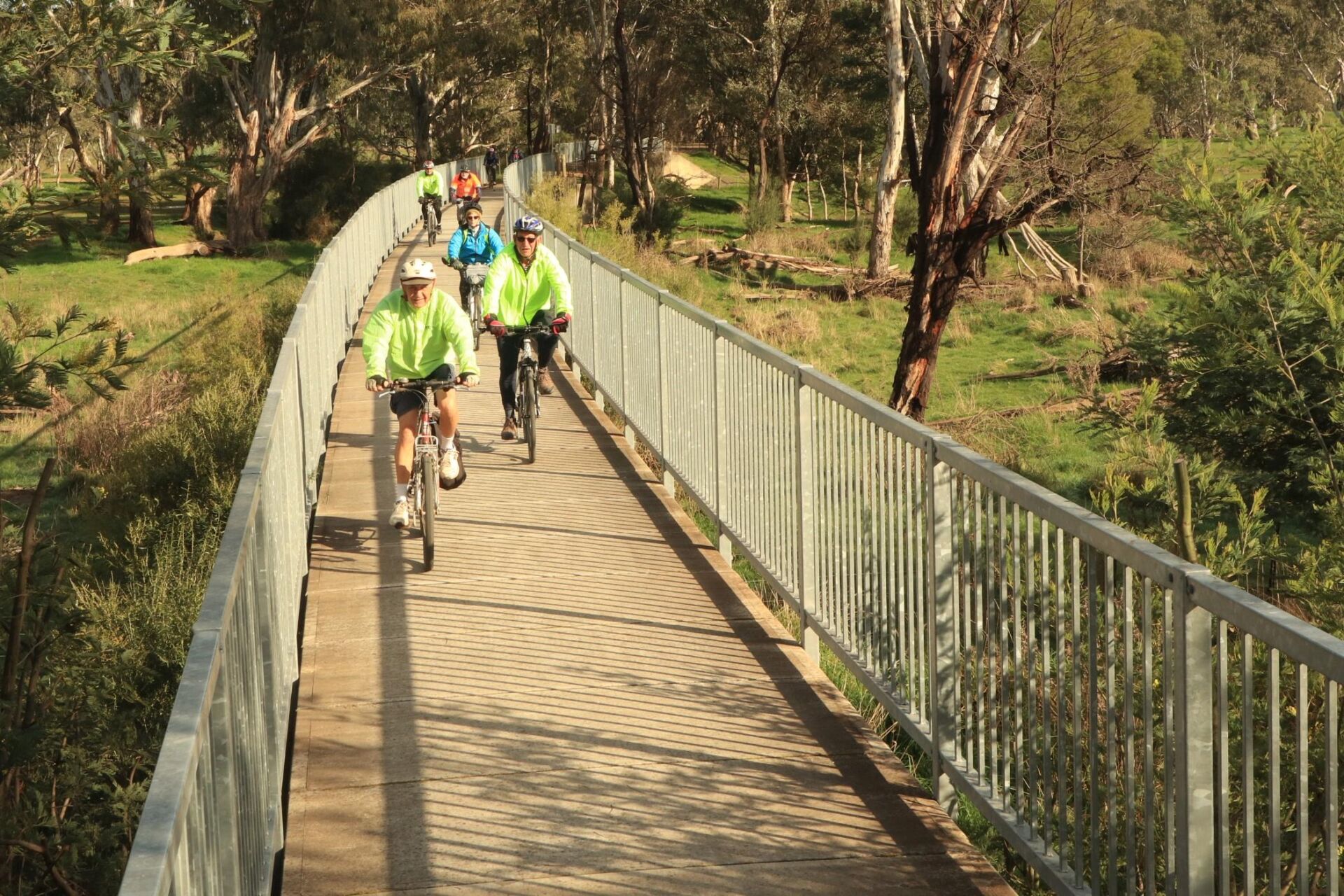 The long bridges across the Yea River floodplains (2020 Ross Vaughan)

The only tunnel on a rail trail, the 201m long Cheviot Tunnel completed in 1889 is a significant historical feature on the rail trail (2012 Norm Appleby) 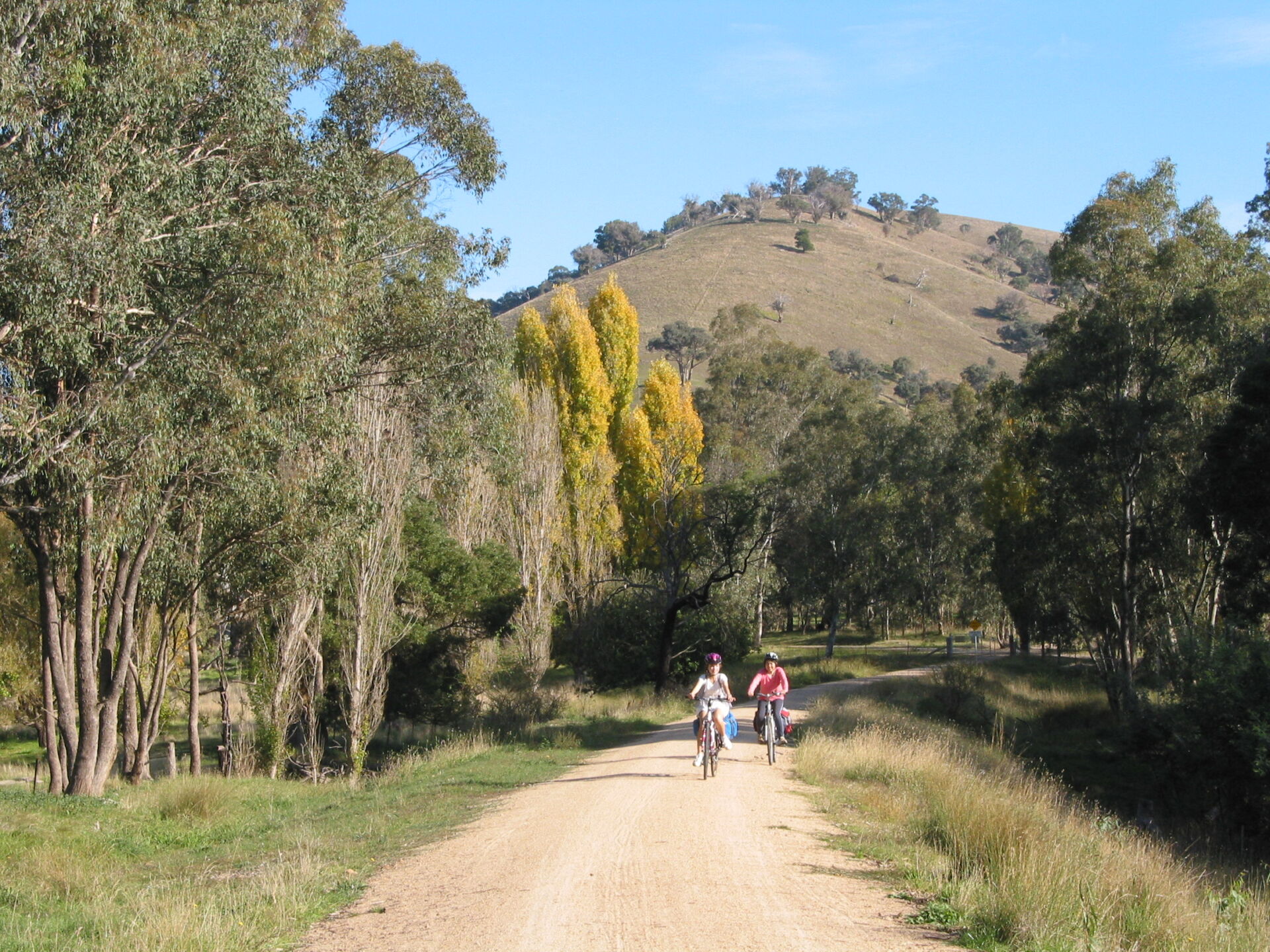 Cruising down from Cheviot Tunnel to Molesworth (2012)

Crossing the Goulburn River at Molesworth. (2012)

Woodfield Station precinct with toilet and shelter is easily accessible from the Maroondah Highway. Also contains the only stockyard still in existence on the rail corridor (2018)

At 397m, Merton Gap is the highest point on the Great Victorian Rail Trail (2017)

There are 6 shelters with picnic tables at strategic locations along the rail trail, including this one at the top of Mertons Gap. (2012) 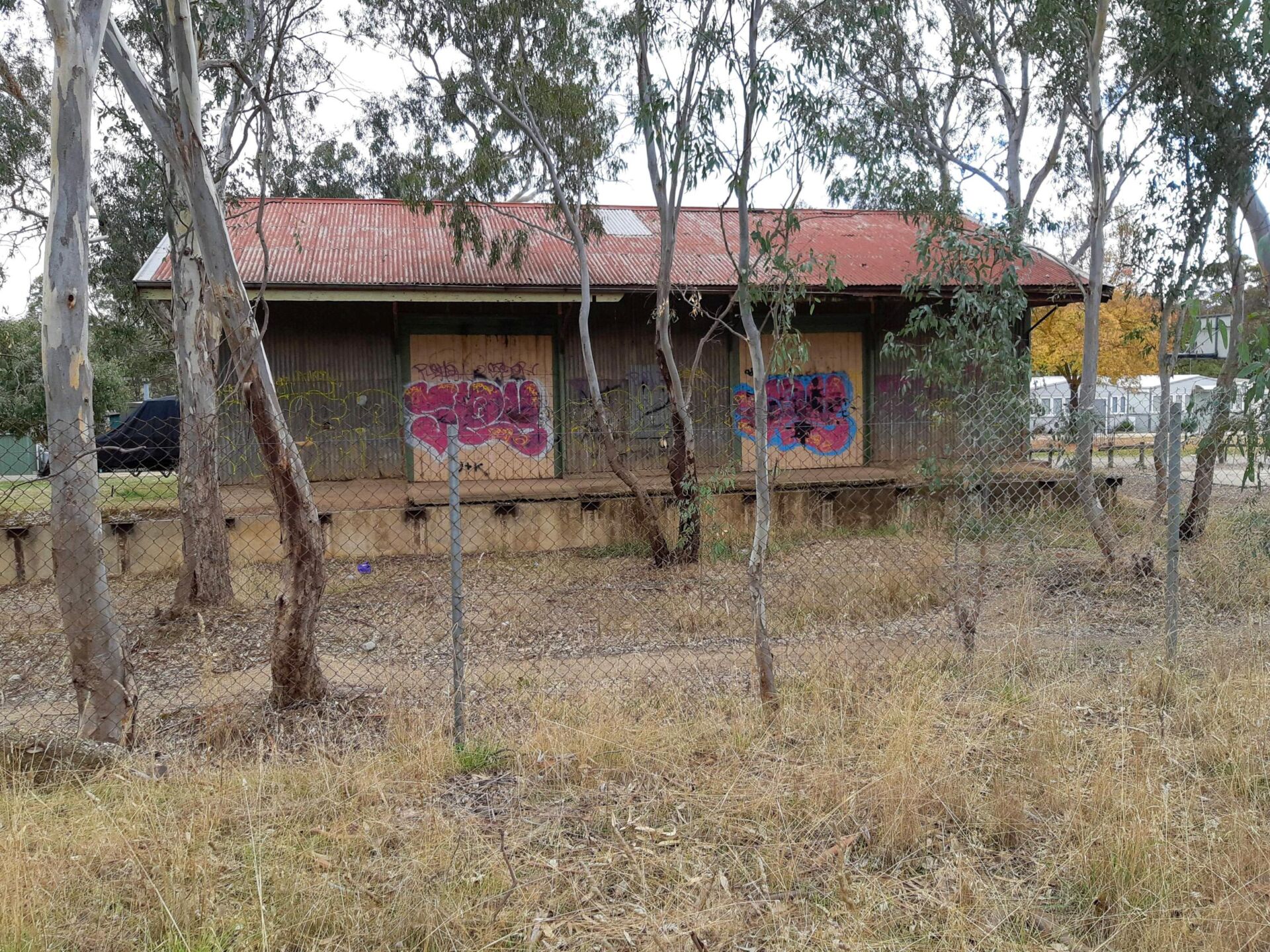 'How's the Serenity' at the Bonnie Doon good shed. Perhaps a bit too much and looking forward to restoration (2021)