This proposed rail trail will begin at Westerway, a small town with a primary school, corner shop and several tourist businesses including accommodation and cafes. A successful berry farm has a farmgate shop during summer hours.

The rail trail follows the beautiful Tyenna River and the road, as they wind through the corridor into the World Heritage Area. There are only a couple of road crossings at the National Park end of the trail and for the most part the trail is an uncomplicated and highly accessible path through eucalypt and casurina forests.

At present, the track and sleepers are still in position. This section of the corridor has not been used for up to 20 years, with commercial operations ceasing once the need to cart timber from the valley wound back and transferred to trucks. This section of track has not had any significant maintenance for approximately 40 years.

The branch line up the Derwent Valley reached National Park in 1916 and reached further into the valley at Florentine in 1936.

The line was closed back to New Norfolk in 1995.  The Derwent Valley Railway organisation, based in New Norfolk, used the line further east to Boyer until 2005.

From 2009 Railtrack Riders, based in Maydena, began operating pedal powered rail vehicles in sections between National Park and Florentine

The Derwent Valley Railway organisation is understood to want to reopen the line from Boyer 40km to National Park.

Some community groups believe this entire length is not viable and want to turn the western end into a rail trail which would connect with the Railtrack Riders and a future Derwent Valley Railway.

Rail Trails Australia supports this view and notes examples, particularly in Victoria, where rail trails and heritage railways coexist to the benefit of both.

For examples refer to the Bellarine Rail Trail and the proposed extension of the Lilydale to Warburton Rail Trail to Yarra Glen. 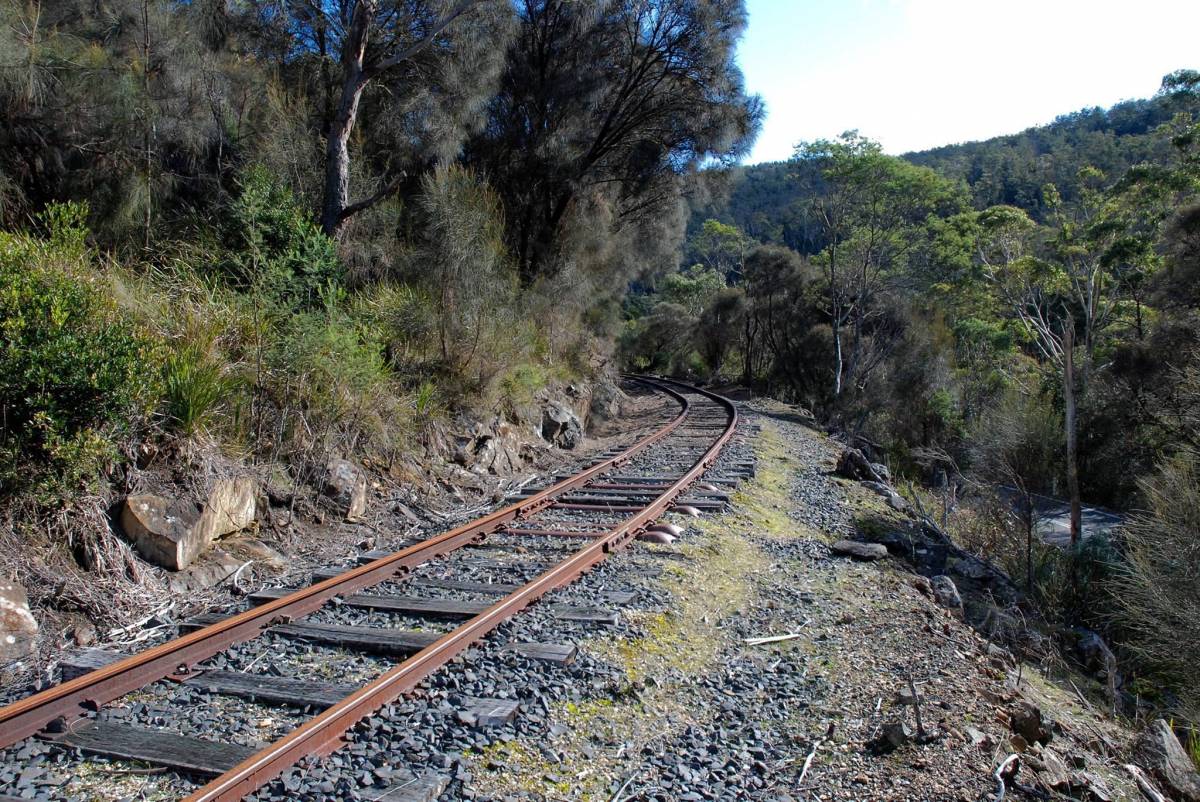 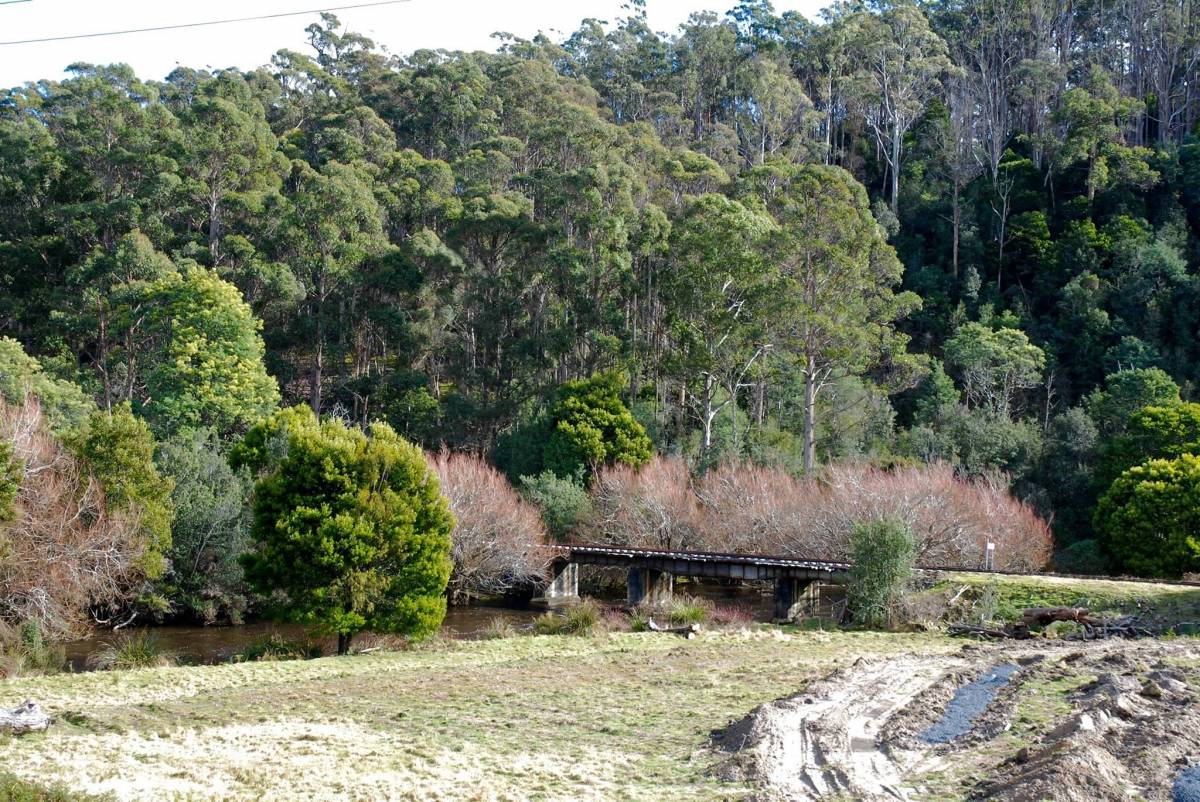 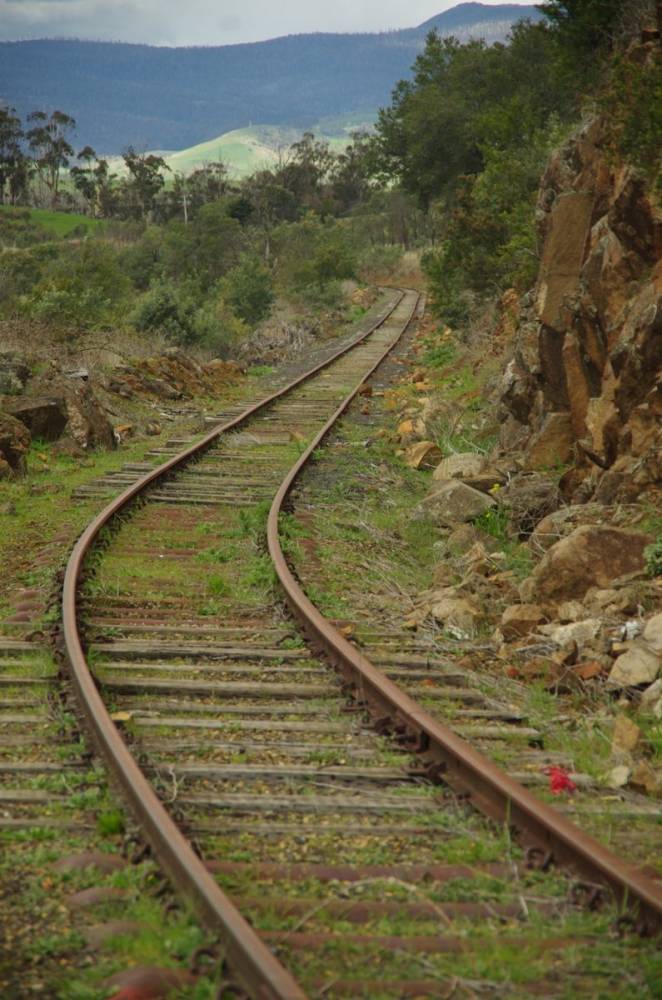 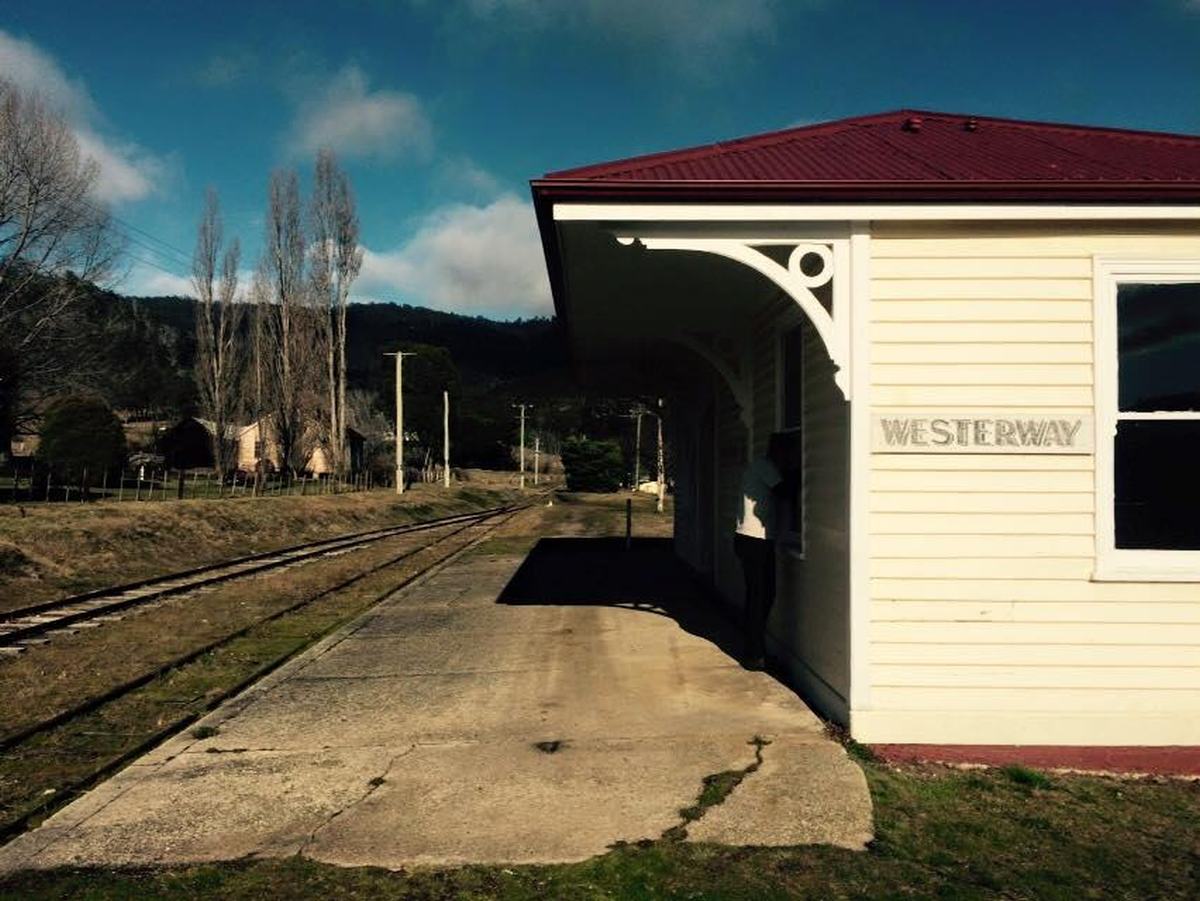 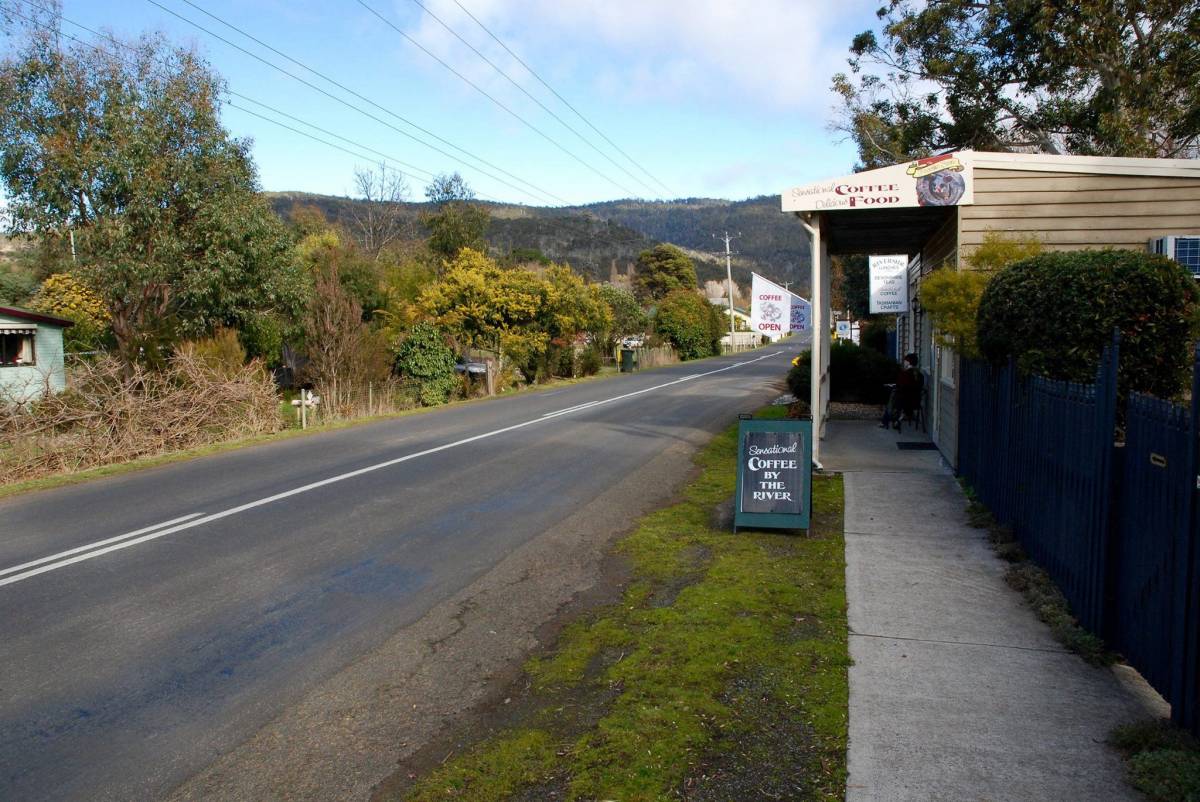 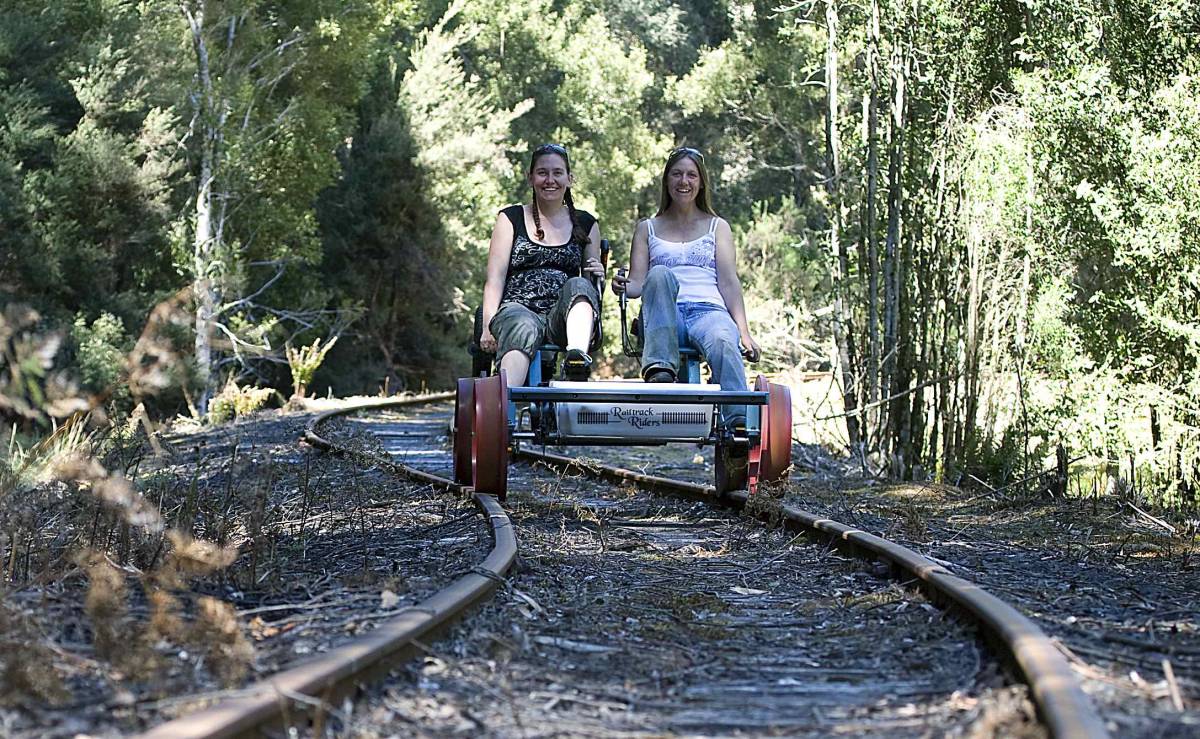 (This survey has closed) Tasmania has a very limited number of high standard rail trails.  ...

This tramway trail follows part of the route of the historic Kaoota Tramway.

Then progress around Perrins Ridge and across Platypus Creek Bridge

The trail then goes over Perrins Saddle to the end of Lawless Rd, which takes you to Margate via Nierinna Rd.

Due to the abundance of native wildlife, dogs are prohibited on this Rail Trail.

The Kaoota Tramway, built in 1906, two-foot guage and 20 kms long, transported coal from the mine at Kaoota to the wharf at Margate. When coal mining ceased the tramway was put to use for moving logs, fruit and passengers.

In 1992 the line was dismantled after fire destroyed some bridges.

The trail is accessed in two places from the Weilangta Road in a remote part of the Cape Bernier Nature Reserve near the locality of Rheban.

Rheban is approx 18 km south of Spring Beach on the east coast of Tasmania, and approx 65km north east of Hobart.

Maria Island is due east of Rheban

We acknowledge the Paredarerme people, the traditional custodians of the land and waterways on which the rail trail is built

The Wielangta tram was a forest railway which ran on steel and wooden rails along the Sandspit River from the Wielangta forest to the sawmills in the Wielangta settlement and from there to the east coast opposite of Maria Island, where the sawn timber was loaded onto ships.

In its heyday, Wielangta had several sawmills, a general store, a bakery, a blacksmith and a school. Unfortunately, the settlement was devastated by bushfires in the 1920s and abandoned in 1928.

The trail entrance is in Creekton Road and is well signposted with a Tasmanian Great Short Walks sign. The terrain is flat and walking is on narrow duckboards for most of the route. After 1.8km the dark waters of Duck Hole Lake are reached. By the lake there are small clearing and a picnic table.
Description and map are current for 2003 - Present condition unknown.
For more information on this trail see the book Rail Trails of Tasmania.

The Mystery Creek Cave Trail is in the World Heritage Area. It’s well marked and follows the routeof a tramway to the remains of a limestone quarry and to the entrance of the Mystery Creek Cave, part of the Ida Bay Caves. To reach the start of the trail, turn right about 1km from Ida Bay Railway station into the South Lune Road (unsealed). After 4km turn left. The road ends at a car park. Start the trail beside the information shelter. The rail trail is the first section of a walking route into the Southern Ranges via Moonlight Ridge to Mount La Perouse. A visit to the trail can be combined with a ride on the Ida Bay Railway. The railway still operates on the lower section of the tramway which carried stone from the quarry to the nearby harbour.
Stream water levels can make it unsafe to explore the cave.
For more information on this trail see the book Rail Trails of Tasmania. Description last updated April 2013.

This concrete-surfaced trail runs from the Hobart Regatta Grounds on Queens Domain, past the Botanic Gardens, Runnymede Historic House and residential areas, linking the northern suburbs with the city centre. There are urban landscape views, colourful murals and the Tasmanian Transport Museum en route. The trail runs beside an active railway, connecting the Port of Hobart with Claremont in the north. In Claremont a trail branches along the spur line to Cadbury's. There are very few road intersections and it’s popular with recreational users and commuters. A high standard rail trail located beside the main railway line. Links Hobart city with northern suburbs.

The City work in partnership with the Macquarie Point Development Corporation has decided to construct an extension of the Intercity Cycleway, from McVilly Drive, Hobart Regatta Grounds, through Macquarie Point to Evans Street and include any bicycle infrastructure work that may be required into traffic flows with all sections being built concurrently.  Hobart City will contribute an estimated $400,000 to construct approximately 400m of the cycleway from McVilly Drive to the boundary of the Macquarie Point development site.

The current route from Evans Street straight up the highway to the Cycleway is around 600 metres, and the new route will be around 1 km long after going through Macquarie Point, so for many commuter and other cyclists there is going to be a trade off in time and ride-ability when deciding which way to go. 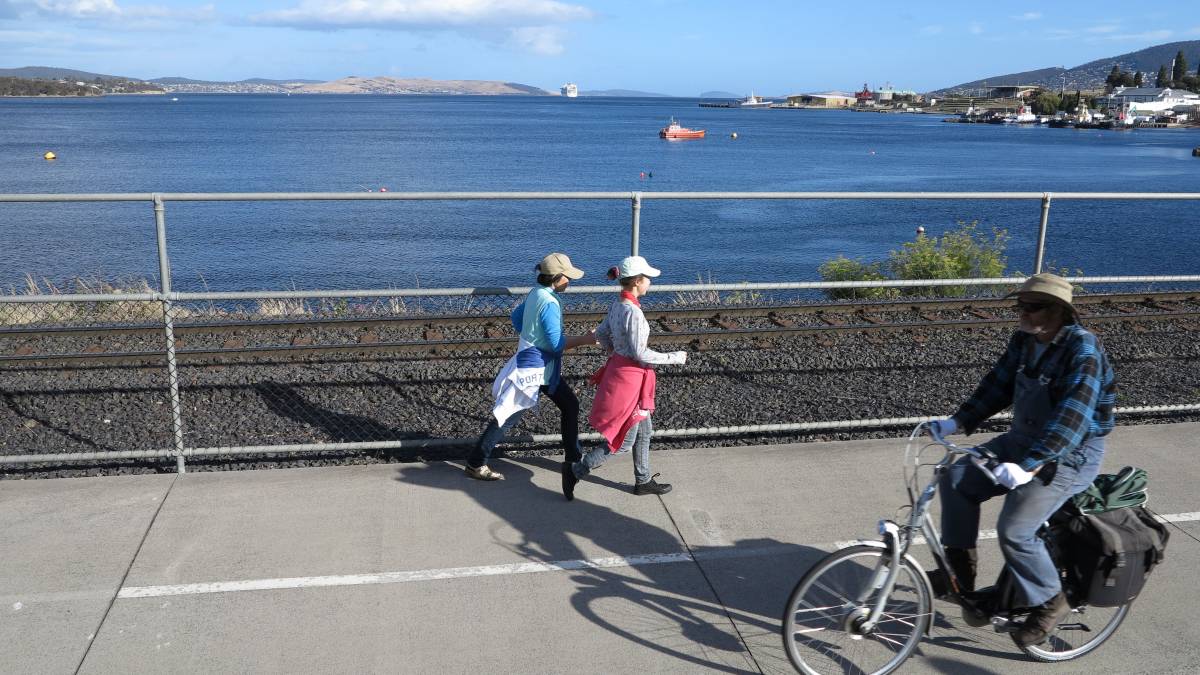 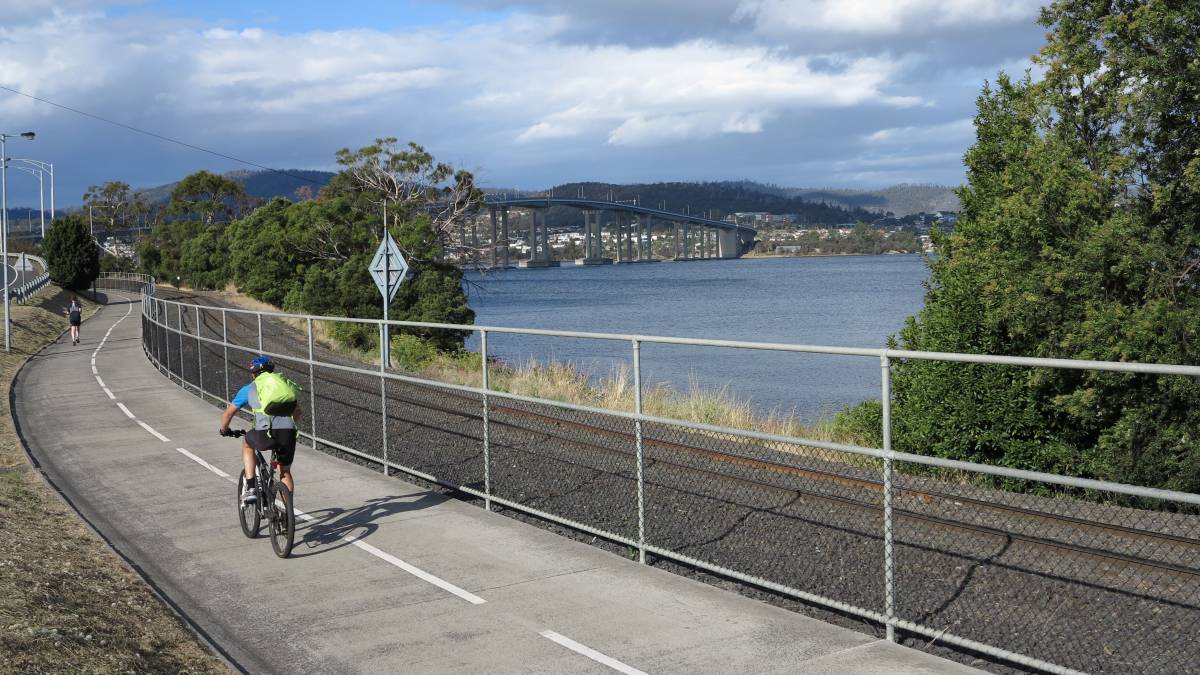 Looking towards the Tasman bridge over the Derwent River (2014)