While there is a small replica at the start of the rail trail the council has also developed the Gin Gin Historical Village (former Gin Gin Railway Station). This site (Railway Station) is now Heritage listed and is used for Saturday Markets (BBQ, local produce and craft) and Australia Day Ceremonies as well as an annual Cane Cutting (Cane Harvest) event.

The Station site still has the original Station (Station Master ticket office / waiting area etc and devonshire teas can be arranged for bus tours). There is also a Goods building, original rail lines and other sheds, rolling stock (being restored) and a general museum and other items of interest.

This trail is on the same rail corridor as the heritage listed Boolboonda Tunnel.

A short 1km section of sealed pathway is open at Sharon

A 3.4km section is open at Gin Gin 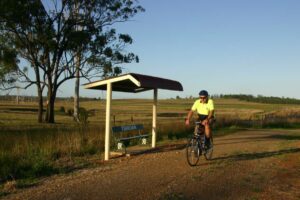 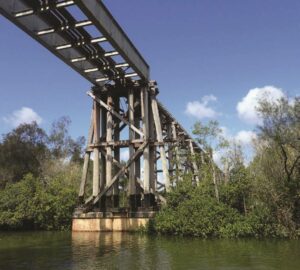 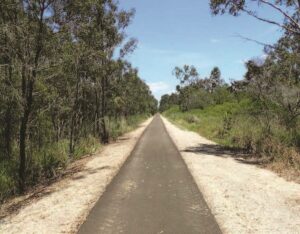 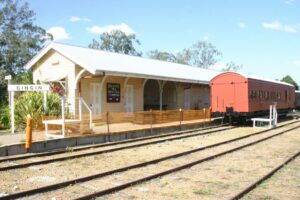 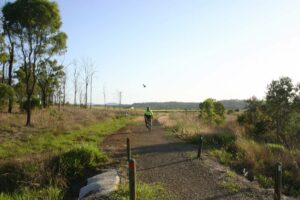 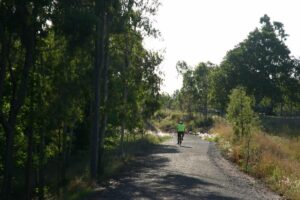 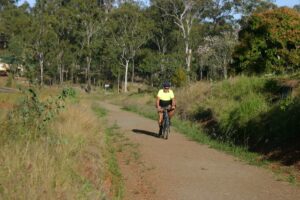 The Trail is maintained by Bundaberg Regional Council.

Please report any issues with the rail trail to the council.

We acknowledge the Gurang Gurang people, the traditional custodians of the land and waterways on which the rail trail is situated.

The Queensland Government released its Queensland Cycling Action Plan in 2017 which committed to the investment of $14 million over four years to develop and implement a program to deliver rail trails in partnership with local governments on state-owned disused rail corridors. This funding provided an impetus to examine a range of railway corridors which may have the opportunity to be converted to rail trails. Bundaberg Regional Council commissioned Mike Halliburton Associates to prepare a Feasibility Study for a possible rail trail from Bundaberg to Gin Gin – utilising the now disused Mt Perry branch line railway corridor. The study was commissioned to ascertain whether it was a worthwhile project, and whether the rail trail would deliver the anticipated and desired benefits.

In January 2019, following consideration of the major issues pertaining to the development of a trail on the disused railway corridor between Bundaberg and Gin Gin and considering the views of key stakeholders, groups and individuals consulted (and background information obtained during the course of the project), the feasibility study recommended that the proposed rail trail proceed, subject to a number of conditions being met.

In August 2020, the Queensland State Government and Bundaberg Regional Council announced they would each contribute $9.5 million to build the first half of the trail from Bundaberg to Koolboo Road via Sharon.

The line was extended to Gillen’s Siding opened in 1882, then on to Boolboonda in 1883, and lastly to Mount Perry in 1884. A feature of the last stage of the line was construction of the Boolboonda Tunnel. Excavated a distance of 192 metres through solid rock, the tunnel is the longest unsupported tunnel in the southern hemisphere

The Queensland State Government and Bundaberg Council have announced a project that will deliver a ... 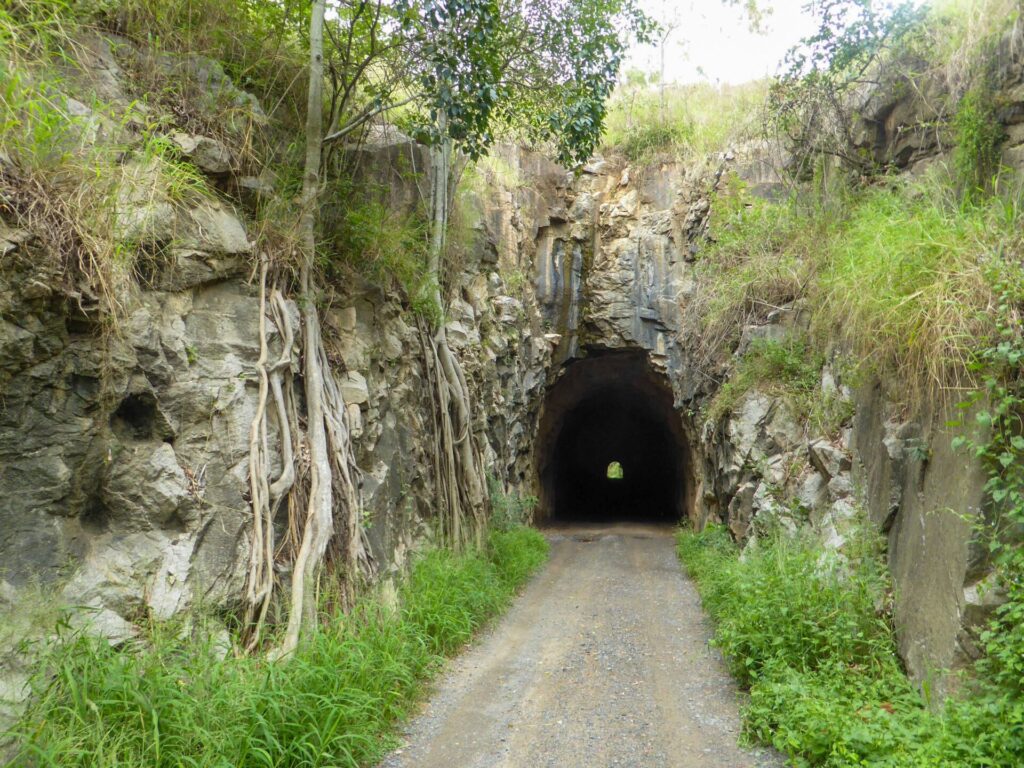 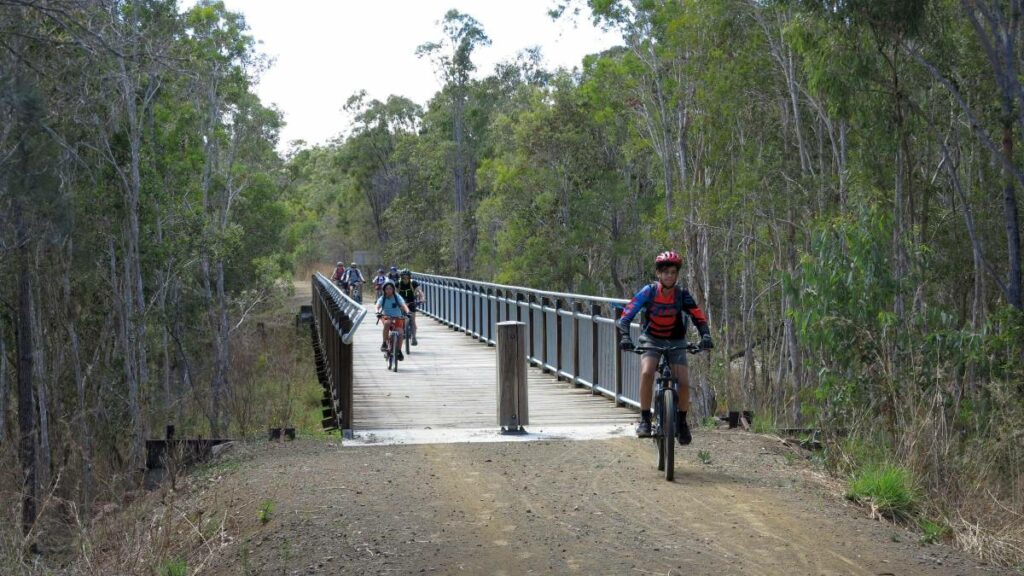