This trail would run through scenic, undulating countryside around Cowra before traversing rich farmland to Canowindra.

There will be a few road crossings to negotiate, but most are on quiet rural roads.

Cowra and Canowindra are large country towns, with many accommodation and refreshment options.

This section is predominantly flat farmland. The small village of Gooloogong is about

halfway between Canowindra and Eugowra, around 4 km from the grain silos at the old station site. 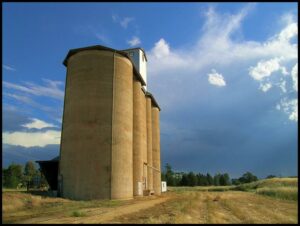 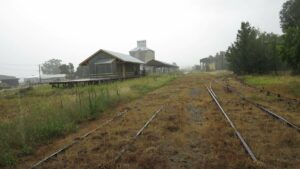 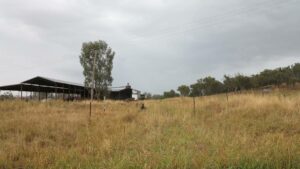 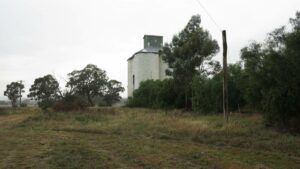 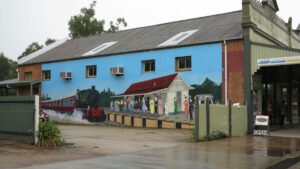 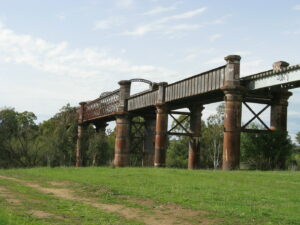 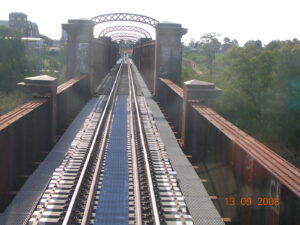 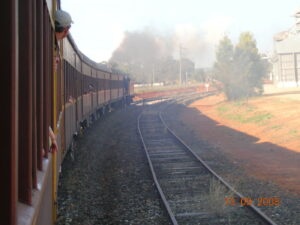 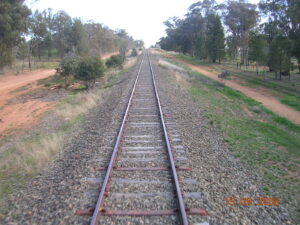 Track out of Cowra

As of June 2021 there is no active committee trying to lobby for the construction of a rail trail on this disused corridor. Rail Trails Australia views this as a viable potential rail trail, and would be keen to support any person or group to lobby for its construction.

The Eugowra branch line lies in the Central West. It branches off the Blayney-Demondrille line at Cowra, and heads west to Eugowra.

The line was built to open up the rich lands between Cowra and Forbes, with various plans to link it with the Main West or the Stockinbingal-Forbes lines; in the end it was extended as far as Eugowra. The line was built to ‘pioneer’ standards, which meant earth ballasting and no fences.

Grain was the main traffic on the line; passenger levels were always poor due to the relative shortness of the branch. Although boasting a rail motor service from 1927, in the years leading up to the cessation of passenger services in 1974 people were carried in the brake van of the regular freight.

The line was closed at Trajere in 1991 and reopened in 1994 as a tourist railway by the Lachlan Valley Railway. In recent years the bridge over Cucumber Creek, near Canowindra, has been removed to facilitate water flow in times of flood. Some local groups are fighting to get this line re-opened.

Services are currently suspended on the branch, with a stop block placed on the line at 369.85 km just beyond the location of Cowra West. There are many trees in the tracks along the line, and there have been moves to remove the infrastructure within the town of Cowra. It is unlikely this line will ever reopen. 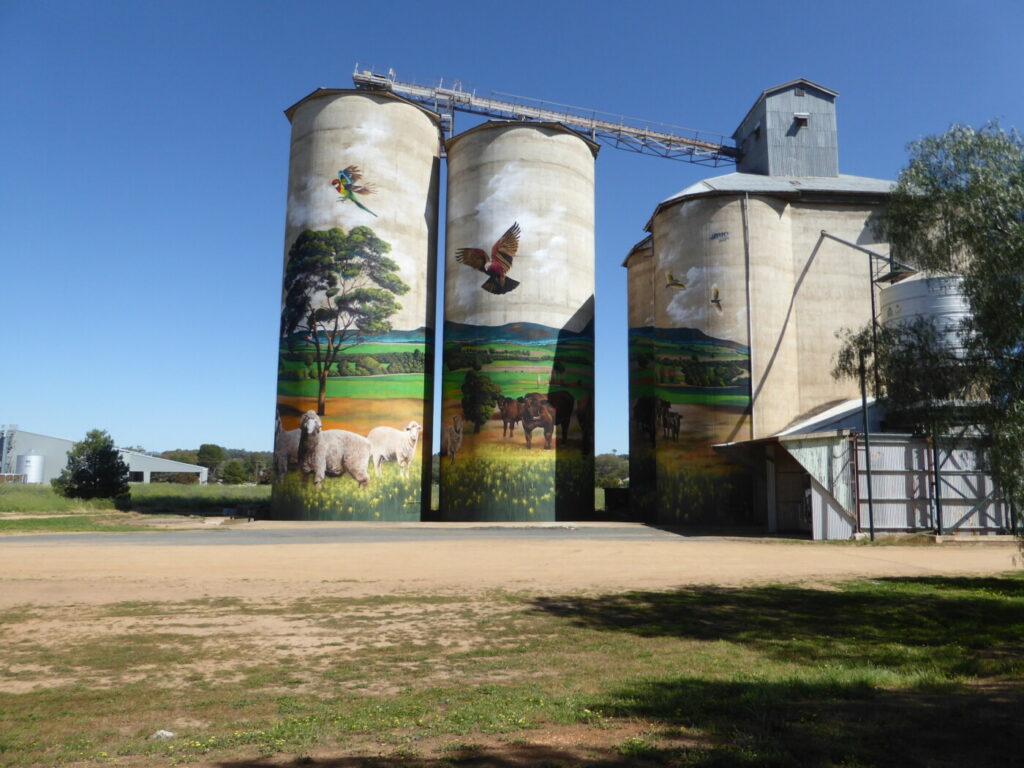