1 based on 1 reviews
Mark as favourite Mark as visited

It is a popular getaway for Brisbaneites, and accommodation types include luxury bed and breakfast (B&B),  farm stays, camping, country hotels and motels.

The visitor experience on this rail trail could be enhanced by installing low key rail paraphernalia and better interpretation of the historical points of interest (especially the historic cemetery) and the view points along Pocock Road.

Today, Boonah is an attractive and busy town of about 2,500 people. It promotes itself as being “The Heart of the Scenic Rim”. The Scenic Rim being the arc of spectacular mountains that stretch north west from the New South Wales border towards Toowoomba.

In the vicinity of Boonah there are popular and famous National Parks including some that are World Heritage listed. The Parks include: 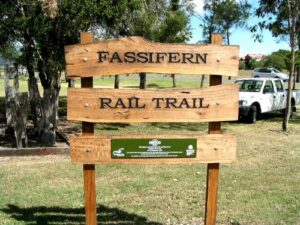 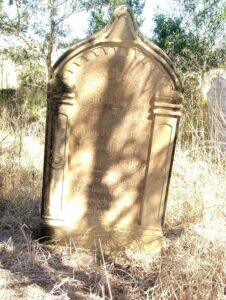 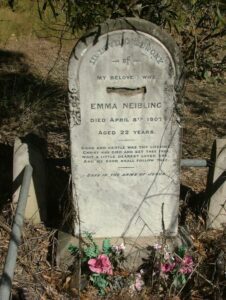 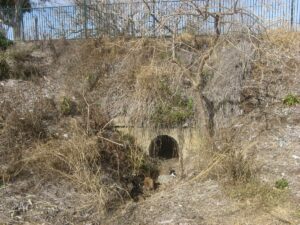 Old rail culvert, not much of the rail paraphernalia remains

The formation and grade of the rail trail. It is easy to traverse, even if it is a bit short 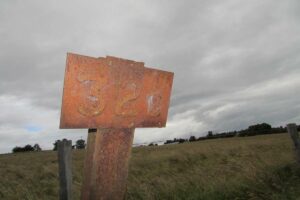 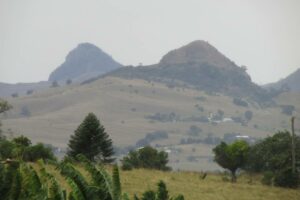 A sample of the view from Pocock road, the Scenic Rim is a majestic backdrop to the town of Boonah 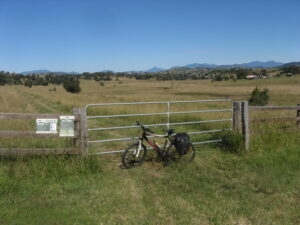 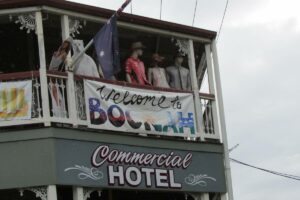 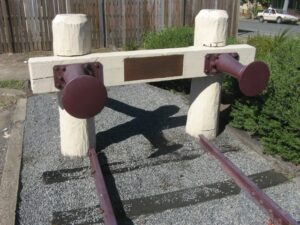 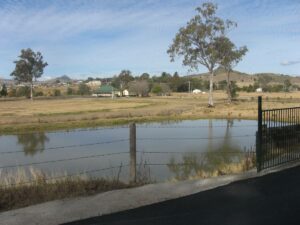 Dugandan Pond and the famous Pub 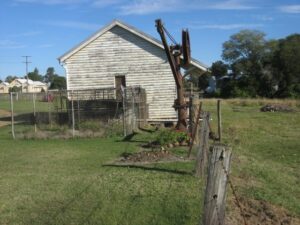 One review of “Fassifern Rail Trail”

A branch railway line use to terminate here and so a short 2 kilometre rail trail exists north of town. Along with an even shorter paved section just south of town

The Fassifern rail trail starts at the lookout above town, which allows a view of where the railway line went into town, which is now through a paddock. All that is left of where the station was in town, is a rail buffer with a plaque.

The actual rail formation is down a steep track and it's not the best surface as it overgrown with grass.

Near the end of the trail the surface is a little better due to a farm track using the rail formation.

We acknowledge the Bundjalung people, the traditional custodians of the land and waterways on which the trail is built.

The Fassifern Rail Trail was one of the trails to be constructed under the South East Queensland Active Trails Strategy. It was to be part of 76 km Boonah to Ipswich Trail. Work on the the long distance trail was suspended in 2012.

Eventually the Boonah to Ipswich Trail will pass through an extensive, rugged and scenic landscapes including Flinders Peak, ridges forming the watershed between Purga Creek, Teviot Brook, Logan River and Bundamba and Deebing Creeks. It is to traverse Wyaralong Dam on Teviot Brook. High points along the Trail have views south and west to the Scenic Rim, east to the greater Brisbane area and Moreton Bay and north to the D’Aguilar Range. The trail was planned to support major urban developments catering for expected population growth in south East Queensland planned for the new cities known as Ripley, Flagstone and Springfield.

The former rail line was known as the Dugandan railway line and linked Boonah to Ipswich about 50km to the north.  This railway was reported to be the first branch line in Queensland and the first section (to Harrisville opened in 1882 and reached Dugandan in 1887. The line was closed in 1964.

Evidence of the railway between Boonah and Ipswich can still be seen in various locations along the former route, especially in the villages such as  Harrisville and Peak Crossing.

The area still produces vegetables for the nearby Brisbane market notably carrots, potatoes, and cereal crops. 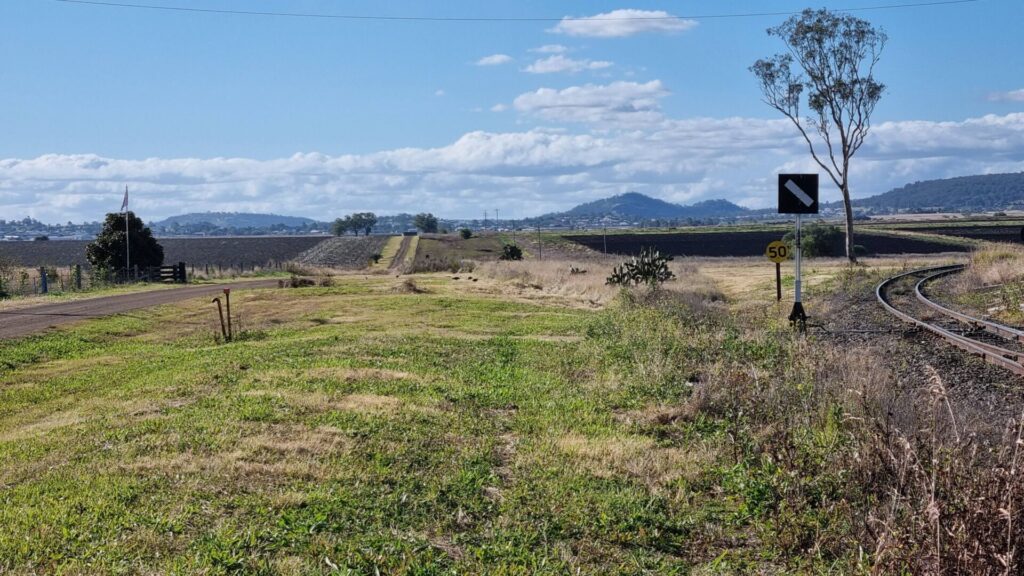