This trail is now CLOSED permanently

This rail trail is located up in the Herveys Range, west of Townsville on a short section of the former Greenvale railway corridor. However it is not actually open to the general public. The Heritage Tea Rooms once had permission to conduct tours traveling through 5 tunnels in an 11 seat ford transit bus but unfortunately in 2009 a landslide caused one tunnel to collapse and the tours no longer operate. This is visible on the satellite view of the map. The closure of the trail due to the landslide is sad because it apparently is a spectacular sight. The Tea Rooms are based on the top of Hervey Range and the first tunnel passes under their property. Refer to the link below for more details. The Tea Rooms have apparently lobbied for a few years to have the corridor opened to the public and will continue to do so. We are not aware if any investigations have been undertaken into this or other sections of the corridor. All the remaining tunnels and bridges are in situe and, given the railway's relatively recent and high standard construction, apparently in excellent condition.

This Rail Trail is now CLOSED and is back as a possible active transport corridor. It is ILLEGAL to enter this rail corridor as of 2019.

The railway has a relatively recent and short history. It was 213km long and opened in 1974 to transport ore from a nickel mine at Greenvale to a refinery north of Townsville. It closed in 1993. 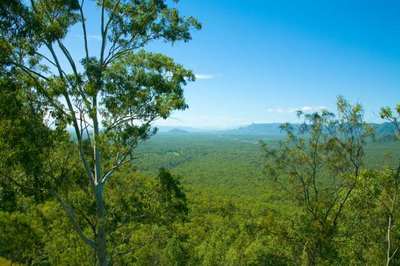 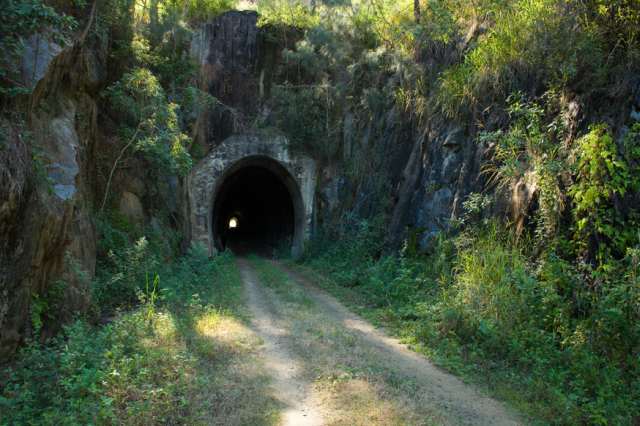