This is the best (and safest) way to get into Hobart city from the North or the East of Tasmania. The Hobart Intercity Cycleway runs all the way from Claremont in the North and almost to the CBD. It is a wide concrete path that runs through a bunch of suburbs with plenty of shopping centres, coffee shops and supermarkets nearby. There are a number of road crossings that can be busy during peak hours but otherwise are quite easy to cross with caution.

Coming from the North end of the city, the path runs close to the Cadbury chocolate factory in Claremont (please note that Cadburys no longer have a visitor centre or offer tours); The Tasmanian Transport Museum; the famous (and brilliant) Mona gallery; a local ice cream parlour; garden centre; Cornelian Bay playground (and public toilets); Tasmanian Botanical Gardens; under the Tasman Bridge; and finishing at the Regatta Grounds and Cenotaph.

It is a much loved path and many Hobart workers use the track every day to commute into work. On the weekends there are stacks of kids on bikes, parents with strollers and early morning road bike pelotons.

From the Northern end, access is via Bilton Street, Claremont

At the Southern end, the Hobart Regatta Grounds are at the entry point.

There are also numerous entry points to the path along the route at the various cross-roads. 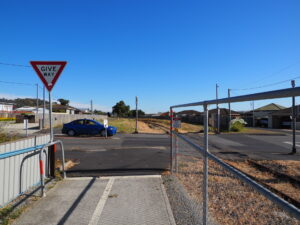 The Northern end of the Cycleway. 2022 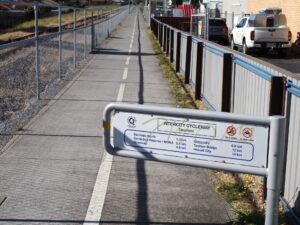 Information sign at the beginning of the cycleway. Just 2.5k to Mona. 2022 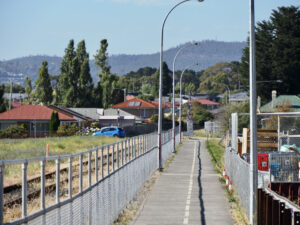 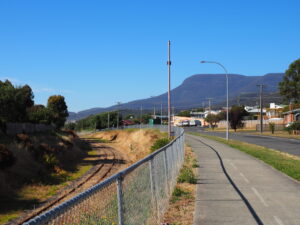 The cycleway runs parallel to the old railway line. Note the view of Kunanyi (Mt Wellington). 2022 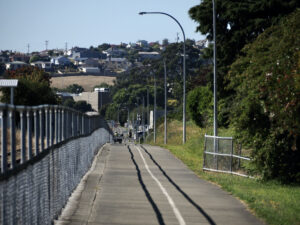 Heading towards the Glenorchy Shopping Centre. 2022 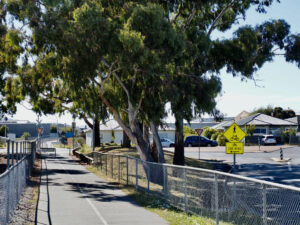 Heading towards a busy crossing. 2022 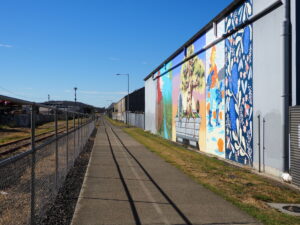 There are several walls of professional art along the path 2022 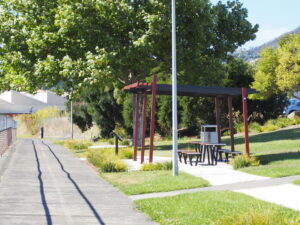 A park to rest after gorging on the local ice cream shop you just passed. 2022 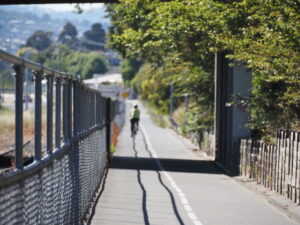 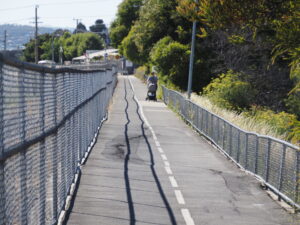 One short section has been suffering from subsidence. Caution required if travelling at speed. 2022 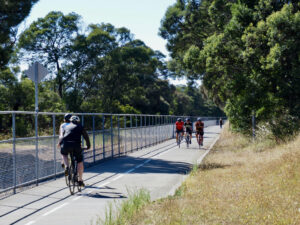 The lower entry to the Botanical Gardens is just across the road from the Cycleway. 2022 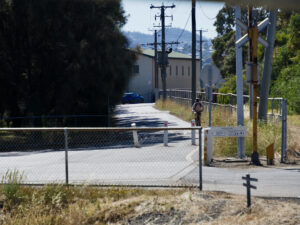 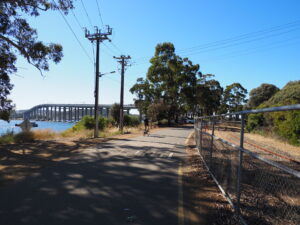 View of the Tasman Bridge 2022 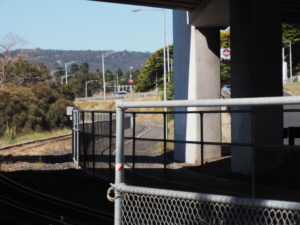 About the go under the Tasman Bridge 2022 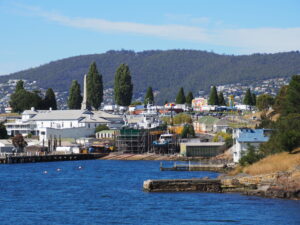 Views can be spectacular 2022 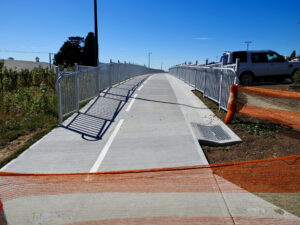 The newest crispy fresh part of the Cycleway 2022 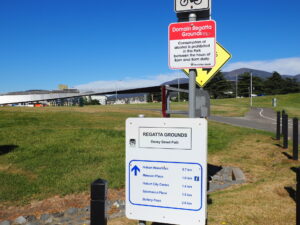 Information sign at the Southern end of the cycleway. You are now very close to the CBD 2022

Unfortunately at this stage Metro Tasmania bikes do not carry bikes in Hobart.

The Glenorchy and Hobart city councils maintain the length of the path with regular (in some many places daily) sweeping and clearing of litter and vegetation.

Recently (February 2022) the full concrete path of the cycleway was extended further towards the Regatta Ground grandstand. From there you can ride a short section of bitumen (shared with cars), and travel onto yet another short section of concrete path. This leads to a smooth dirt track and onto a (currently closed) bitumen road that leads to a cycleway towards the Hobart docks. The alternative path that runs over the Cenotaph hill and tracks next to the Brooker Highway is more direct but noisier.

Plans for more permanent extension of the Cycleway through the new Macquarie Point Development are included in long term plans for the precinct.

At the other (Northern) end of the Cycleway in Claremont, the council plans to extend the cycleway into Austin’s Ferry (further North) and has been negotiating with several stakeholders to form a corridor along the disused single railway line. 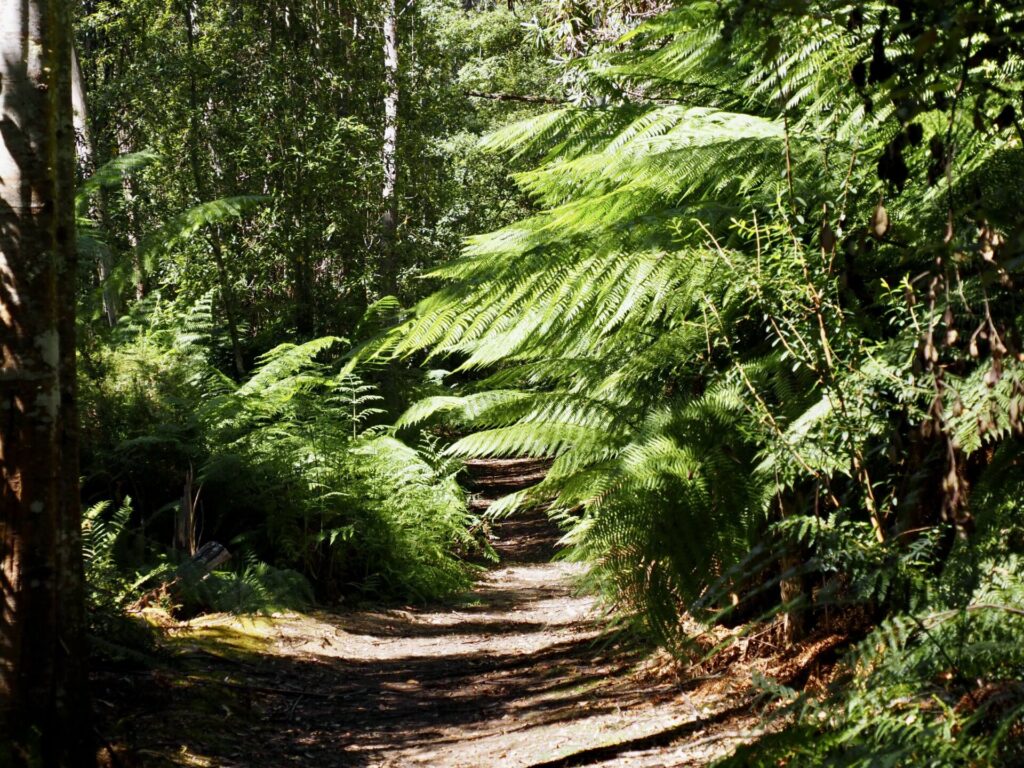 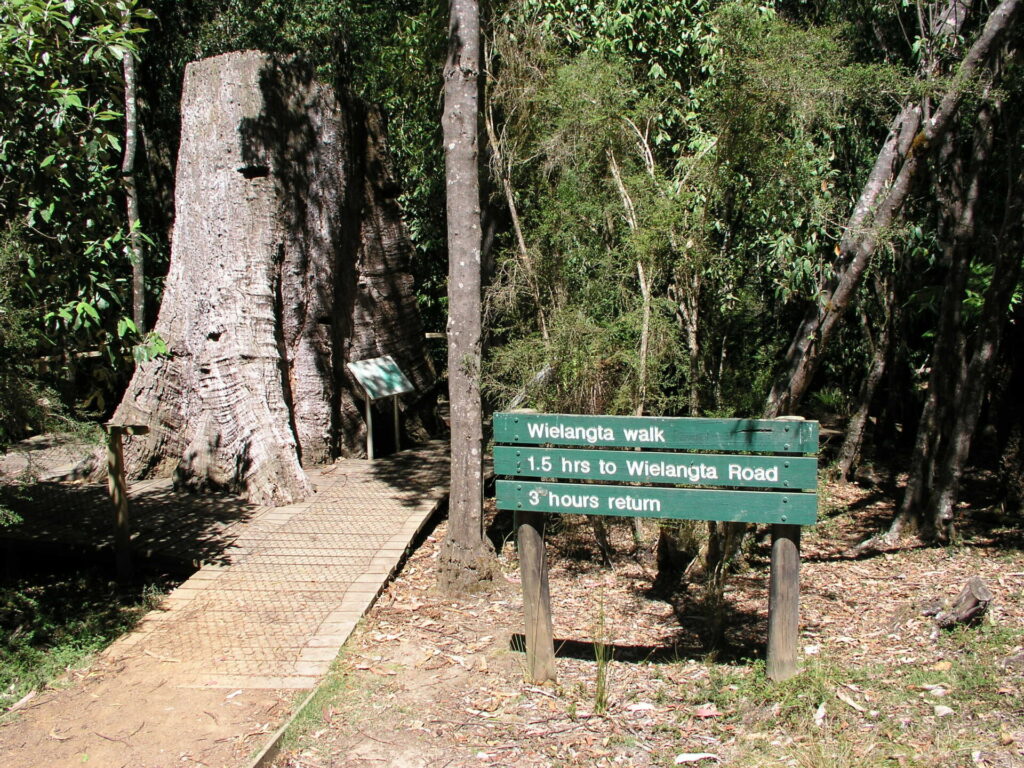 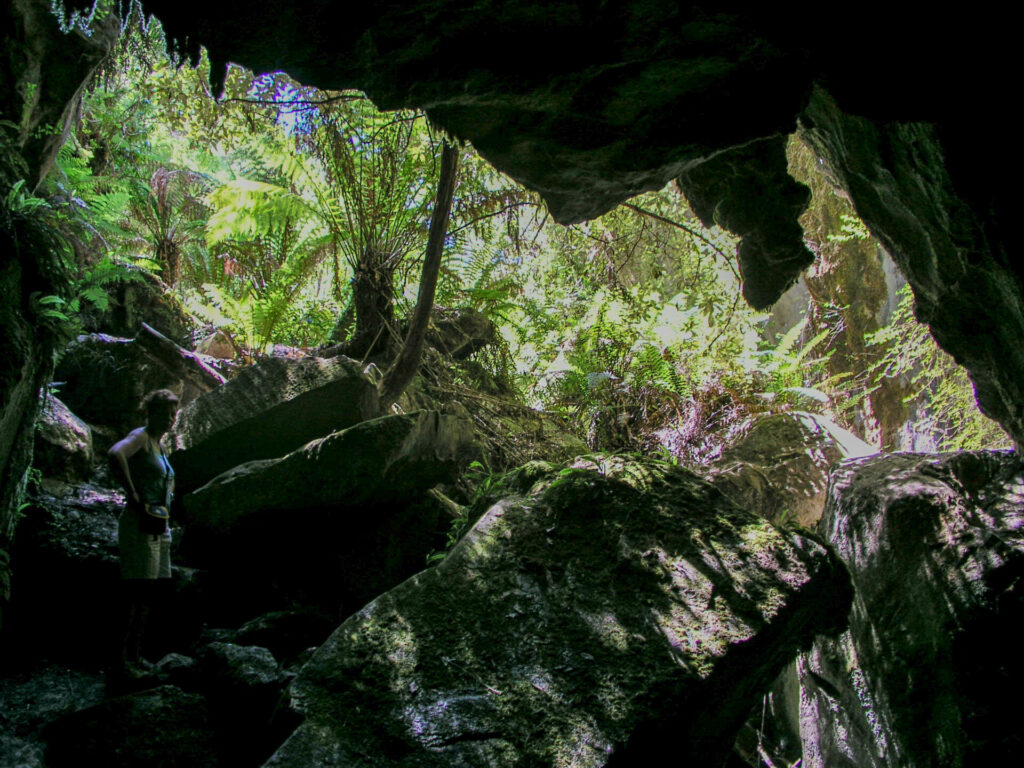