Location: Follows the old railway line through the middle of Mt Gambier

The trail runs east-west through the city of Mt Gambier with its focal point being the former rail yards and railway station, which have been transformed into parklands and play areas while retaining much railway memorabilia.

The trail begins at the Blue Lake Sports Park, passes Umpherston Sinkhole and then progresses to the centre of the city and the railway station precinct. 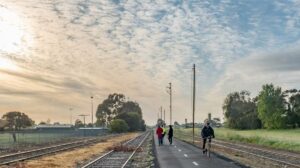 Between White Avenue and the station, where the 'New Goods Yard' used to be. (2019) 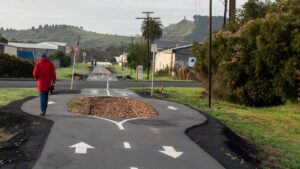 The Junction signal box at White Avenue still remains. The branchline to Millicent used to go straight ahead while the main line (now rail trail) to Adelaide curves to the right (2019) 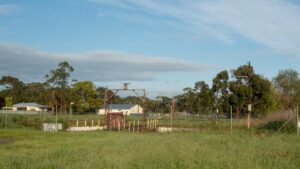 There was a large locomotive depot, only the turntable remains now (2019) 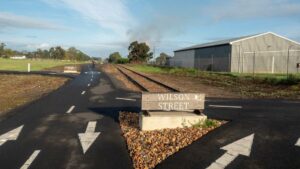 The rail trail is well connected to the city's streets. (2019) 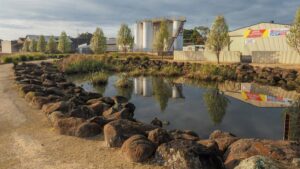 Wetlands have been created in the old station area (2019) 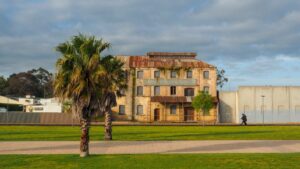 One of the historical buildings in the station area. (2019) 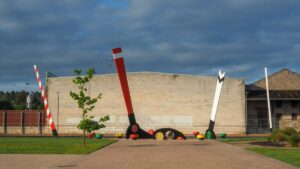 There are lots of things to see in the Railway Lands area. 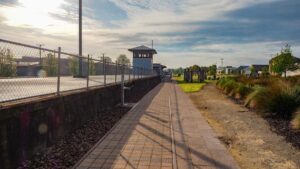 The railway yard in 2019 is very different from the next photo taken in a similar location. 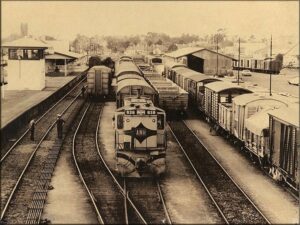 The rail trail is managed by the City of Mount Gambier

Walking SA have more photos of the trail click HERE.

For a very detailed history of the railway station click HERE

We acknowledge the Buandig people, the traditional custodians of the land and waterways on which the rail trail is built.

The trail has recently been extended to Wandilo Road and in late 2021 a shared use path will be built along Wireless Rd.

The trail will have solar lighting installed in 2021-22.

The railway line to Mount Gambier was originally part of South Australian Railways (SAR) narrow gauge network. Opened in stages from 1881, it reached Mt Gambier in 1887 and connected with the broad-gauge Adelaide-Melbourne line at Wolseley. It was also a junction for the line to Millicent and Beachport.

The SAR line to Mt Gambier and Millicent was converted to broad gauge in the 1950s.

Mt Gambier also had a broad-gauge connection with Heywood, Victoria, which opened in 1917. Mt Gambier had two goods yards and a locomotive depot and roundhouse.Passenger services to Adelaide ended in December 1990, and the line officially closed in April 1995. Some of the line was used by the Limestone Coast Railway tourist service, but this ceased operations in June 2006.

When the land was given to the community by the SA Government, the City of Mount Gambier repurposed the site into a public green space.

The Mount Gambier Rail Trail in South Australia is unique with its 8km length traversing ...

Over the past decade the City of Mount Gambier in South Australia, with assistance from ... 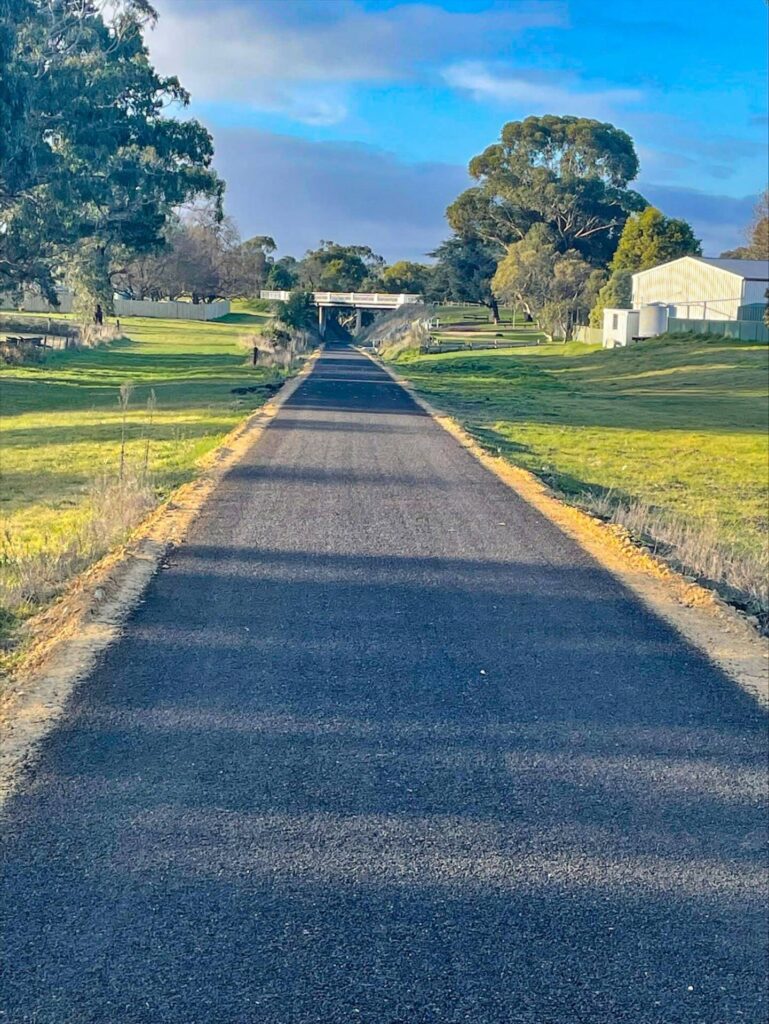 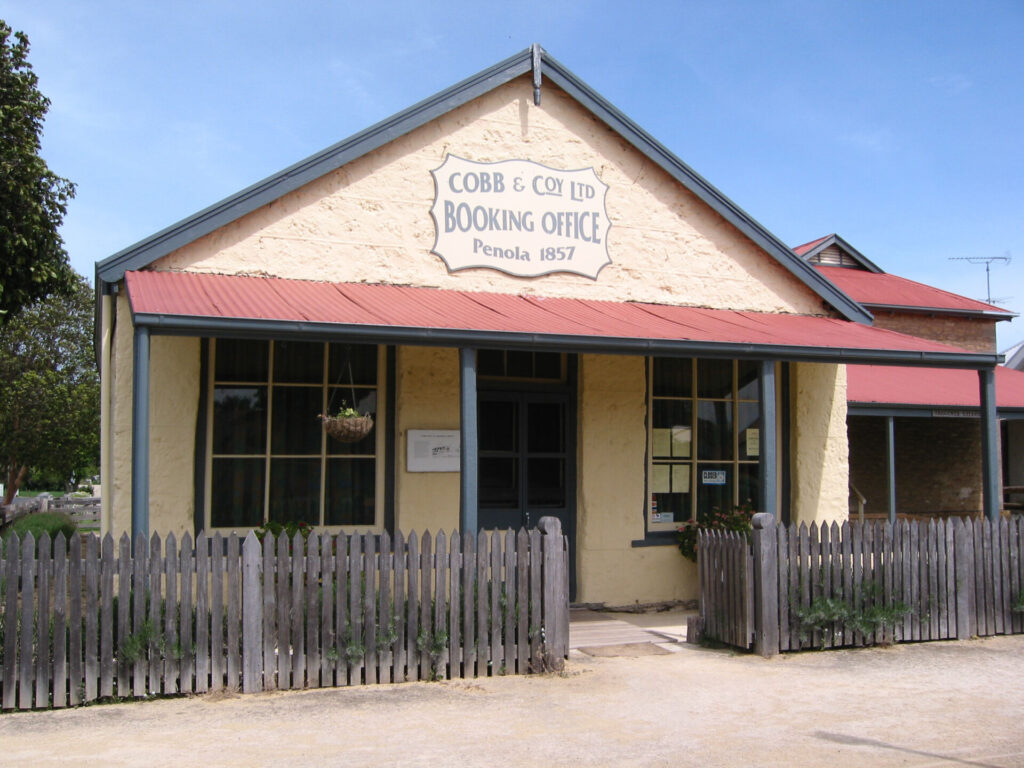 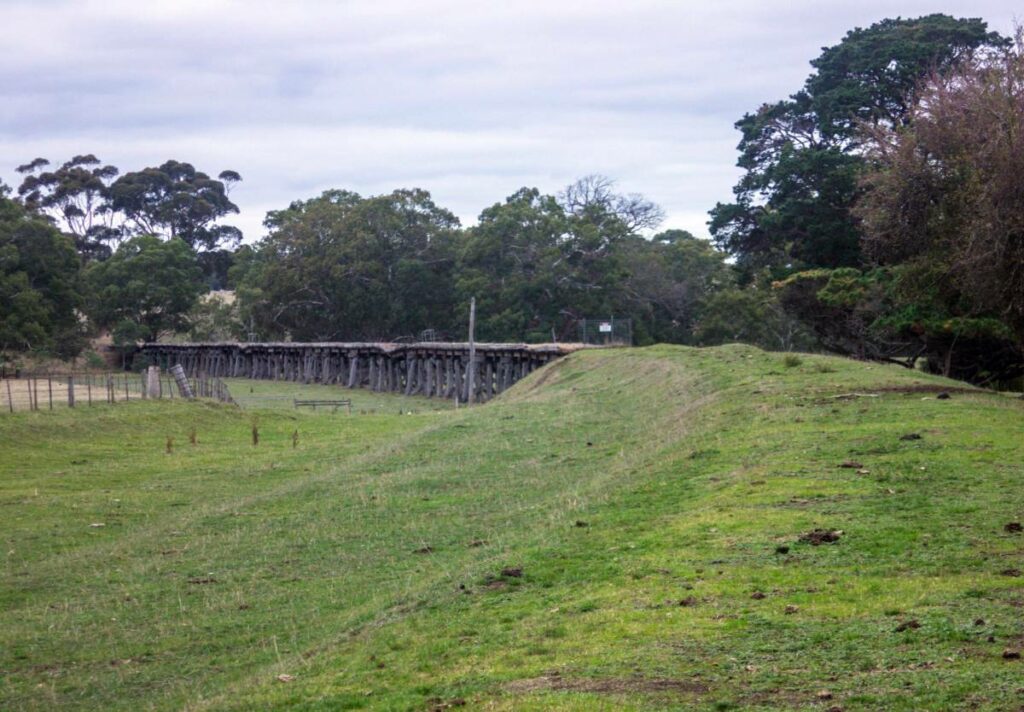 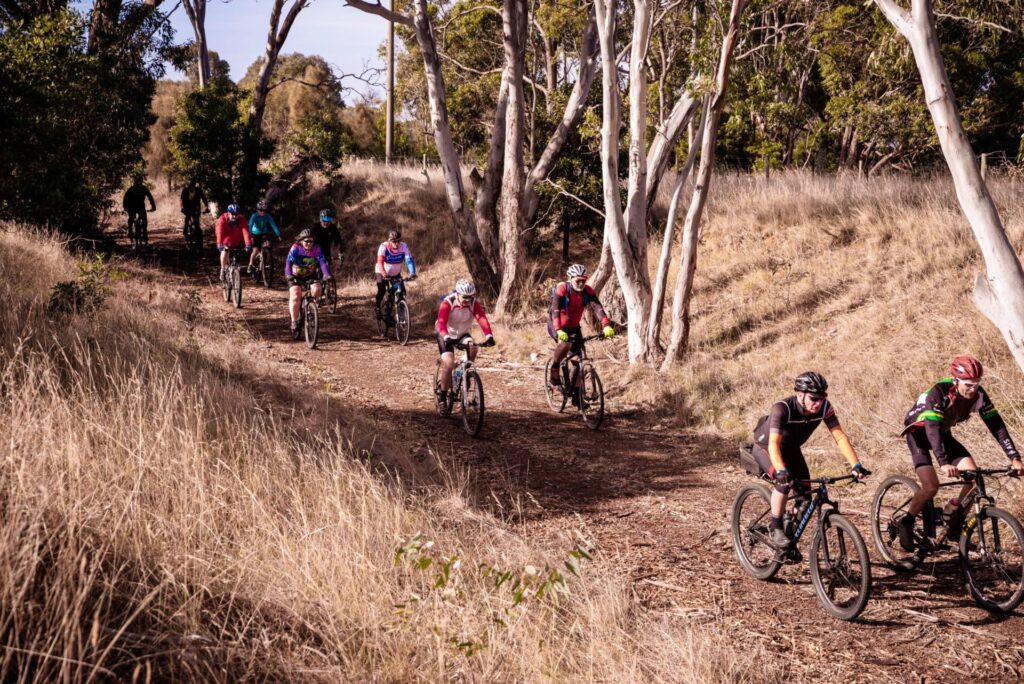