4 based on 4 reviews
Mark as favourite Mark as visited

The Collie – Darkan Rail Trail retraces a section of the Collie-Narrogin Railway, starting 19km from the trail town of Collie and heading east towards the town of Darkan and beyond to Dardadine. Along the way, the trail’s relatively gentle gradients feature a series of renovated rail bridges over creeks, rivers and flood plains, as well as the well preserved historic railway stations at Bowelling and Darkan

The trail’s current western trailhead is located at the corner of Shotts River Rd and Coalfields Hwy, and head south along Shotts River Rd to reach Buckingham Siding. From Buckingham Siding, the trail runs parallel to the remnants of the old line before more faithfully following the old rail corridor from Muja siding onwards as it passes alongside idyllic farmland. From Muja, the line remains largely parallel to Coalfields Hwy almost the entire way to Bowelling. East of Cowcher, the trail diverges from the highway as it crosses a large floodplain over Cowcher Bridge and then crosses Coalfields Hwy twice before reaching Bowelling station, which doubles as a museum and overnight stop.

From Bowelling, the trail continues alongside Coalfields Hwy to Darkan and features a higher percentage of forested scenery, as well as a series of smaller rail bridges. Reaching Darkan, the trailhead is located before Darkan’s main park, however the trail continues through the park to the old Darkan railway station. From Darkan Station, the trail extends onwards to Dardadine, stopping short of the location of Dardadine Siding. 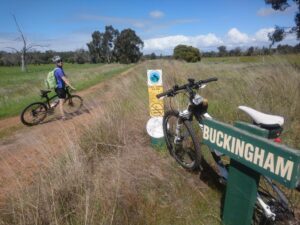 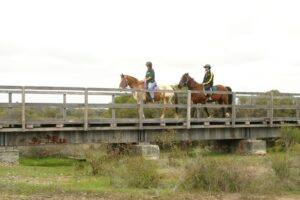 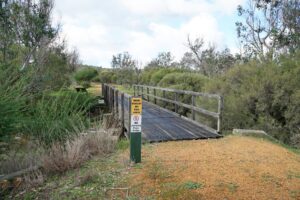 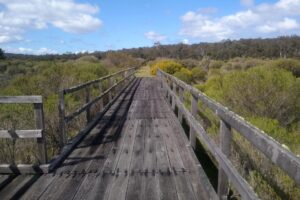 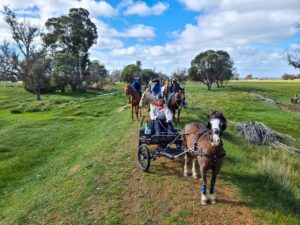 You can still come across horse power on the trail, though the genuine type! [2021] 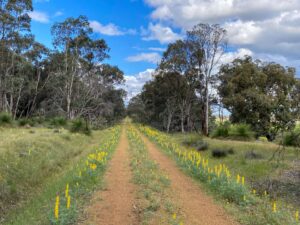 Wildflowers are plentiful in spring [2021] 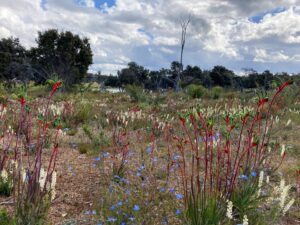 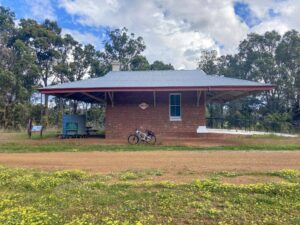 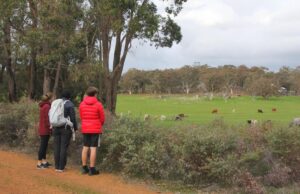 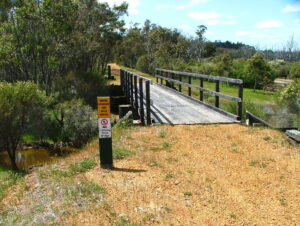 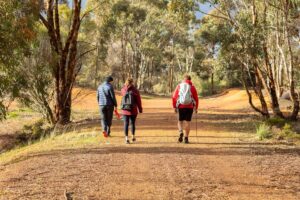 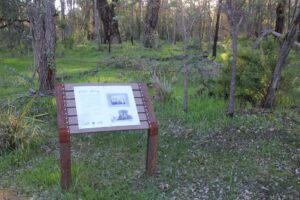 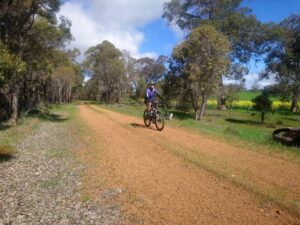 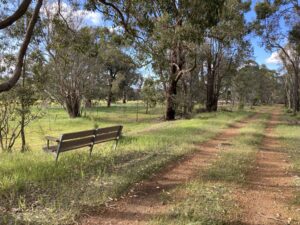 One of many park benches along the trail [2021] 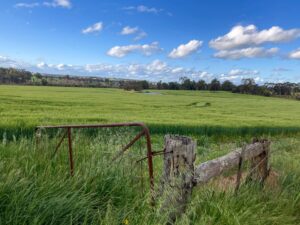 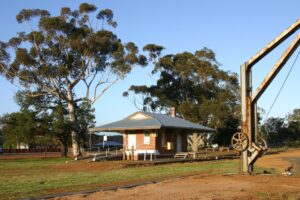 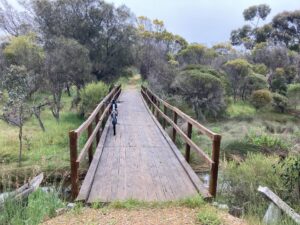 A bridge on the way out of Darkan towards Dardadine [2020]

A wonderful effort of preservation by all involved.The past dwellers of this rail line would be very humbled to see it still in use today.A wildflower delight to be enjoyed in all seasons.
Having just completed my first Trail Transfer with support from Simone at Traaverse.com.au it was a pleasure to take guests to the Rail line each day .With open farmlands to nature reserves this is not too be missed.Pam & staff at Rarebits on Burrowes cafe (facebook) can accommodate your appetites.Enjoy this WA South West Wildflower Wonder.

that's a five start for me 🙂

I rode this trail in September 2021. After a wet winter, it was great to see the healthy crops, creeks flowing and wildflowers in full bloom. The Bowelling station building has some interesting information regarding the area's hisotry including the development of the rail trail. The trail is a credit to Shires of Collie and West Arthur.

This rail trail has been extended another 15 kilometres to Hillman. For more details see my blog about my ride on the Collie Darkan Rail Trail https://uncoolcyclingclub.com/collie-darkan-rail-trail-wa/

My name is Robert Gates and I recall having a meeting in Collie Shire Office with Connie Francis from Wisconsin USA. I was Chariman of the South West Trails Group Inc at the time and assume that is where your origins are found.
Is there any information left any where about the SWTG based in Bunbury, or any one who recalls what the group did or maybe didnt do. I would be keen to hear from you for my personal study reasons in Diploma in Management in Alice Springs. PS you certainly have developed a long way since my time in Rails to Trails

The trail is managed by the Shire of West Arthur and the Shire of Collie, with the support of the Friends of the Collie Darkan Rail Trail Group Inc.

To report any issues or problems please contact the Collie Visitor Centre at (08) 9734 2051 or the Friends of the Collie Darkan Rail Trail at cdrtg@westnet.com.au

We acknowledge the Kaniyang and Wiilman people, the traditional custodians of the land and waterways on which the rail trail is constructed.

The old rail form between the current western trailhead and Collie is currently the site of a major open cut coal mine. It is the intention that the trail will be extended through to Collie once mine operations cease, or that a cycle trail along Coalfields Hwy will be provided to provide a continuous trail between Collie and Darkan. East of Dardadine, there is also potential to extend the rail trail through to Williams and Narrogin.

Additionally, the Shire of West Arthur has identified the long-term potential of another rail trail between Bowelling and Duranillin and a spur trail to Hillman Nature Reserve.

Construction of the Collie-Narrogin Railway began in 1904 from Narrogin, with construction from Collie commencing two years later. The line was opened from Narrogin to Darkan in September 1906, with the whole line to Collie completed and operational by October 1908.

The line was primary used to transport timber, farm produce, livestock and grain, and also provided a passenger service before cars made the service redundant. The line operated through to 1979, with the railway sleepers removed in the early 1990s.

The Friends of Collie to Darkan Rail Trail Group was formed in 1999 to promote the creation of the trail. Construction of the trail between Buckingham and Darkan began in 2002 and opened in October 2005. It was extended from Darkan to Dardadine in 2017. 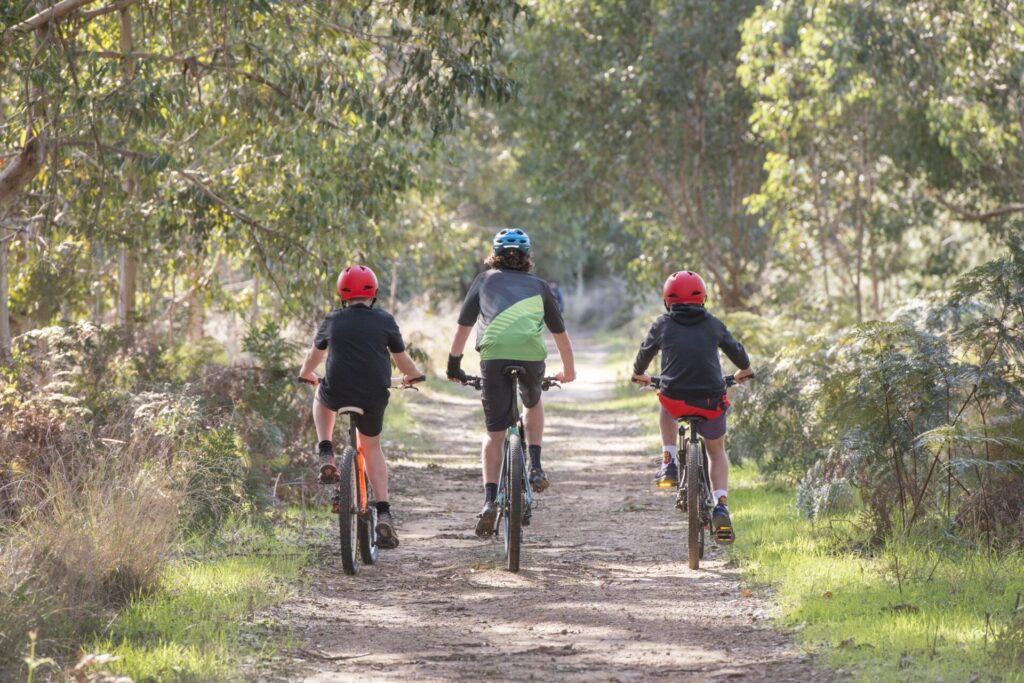 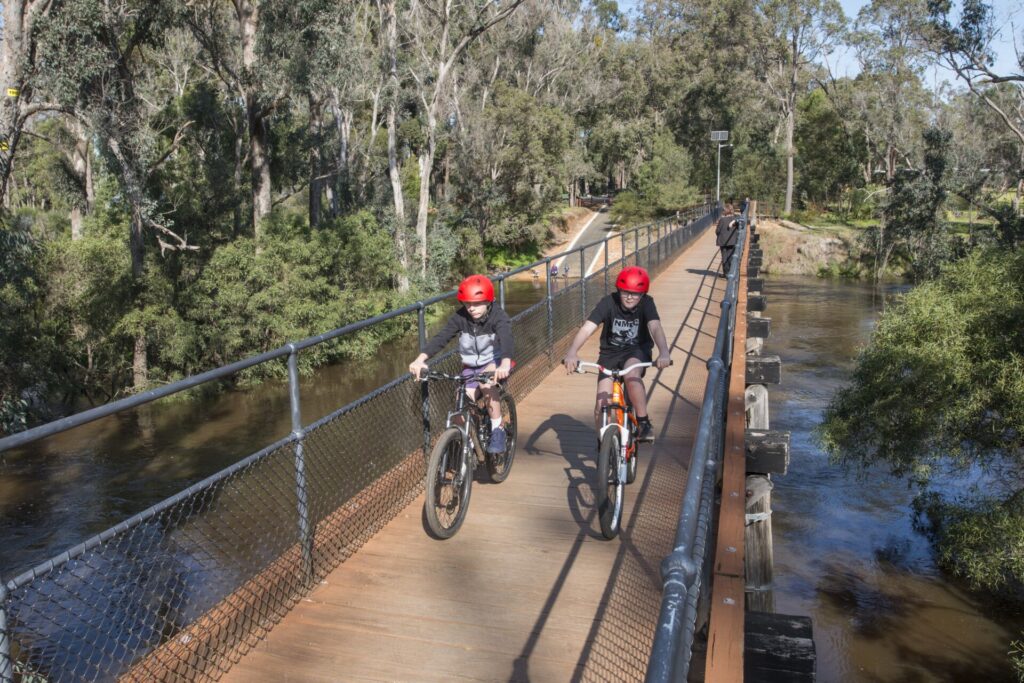 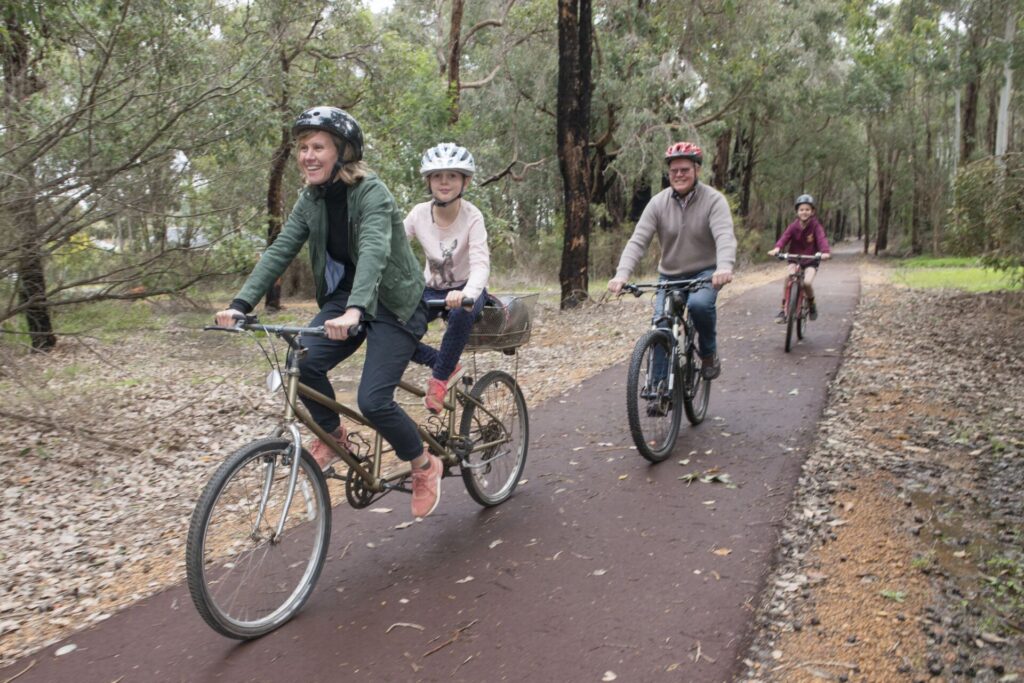 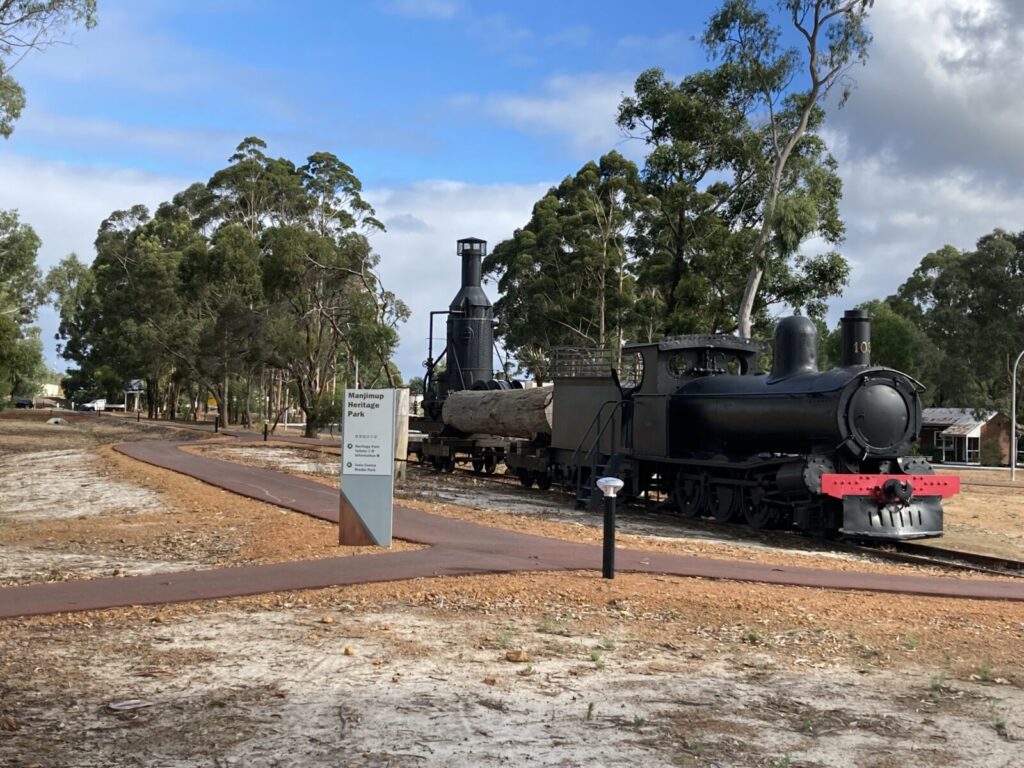