3.2 based on 6 reviews
Mark as favourite Mark as visited

Location: 300km South West of Sydney, and only 16 km from Canberra

This is a possible rail trail only and no sections are open.  It is one of 17 potential rail trails in NSW

This trail has enormous potential. The Queanbeyan end will attract locals and Canberrans for day trips to Michelago, where refreshments can be obtained.  The next stop would be Bredbo (30 km) and Cooma is a further 35 km. The Nimmitabel and Bombala sections offer rural scenery and facilities for visitors. There is accommodation at Queanbeyan, Cooma and Bombala and cafes/hotels along the way. 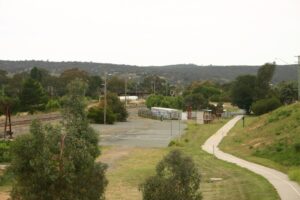 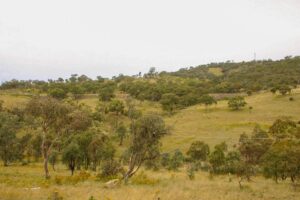 The rail trail will provide a great view of the valley as it winds from Queanbeyan to Royalla [2009]. 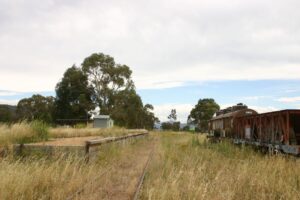 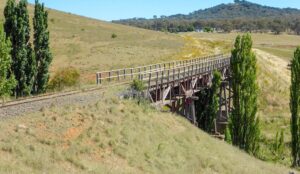 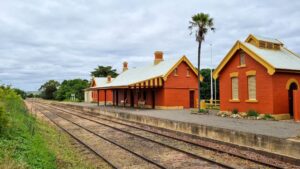 Michelago station area is well maintained by the community [2021] 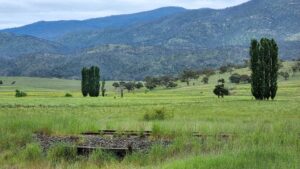 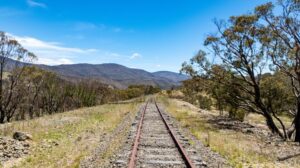 Looking down from Colinton Tunnel towards Michelago [2020] 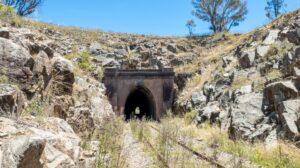 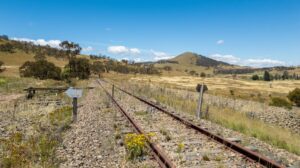 The corridor heading down from Colinton Tunnel towards Bredbo [2020] 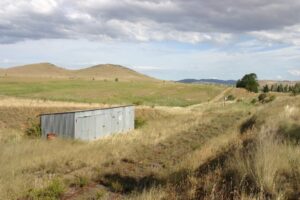 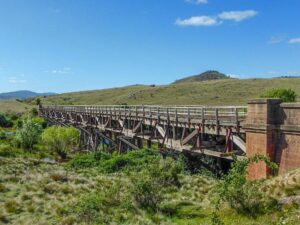 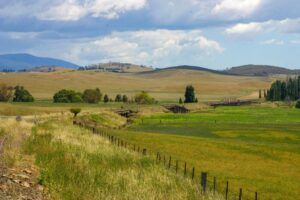 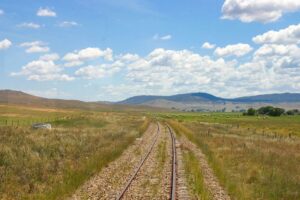 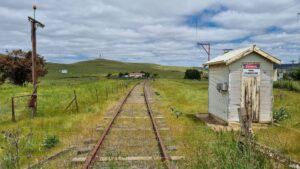 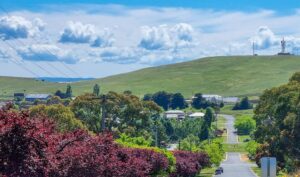 The Cooma Railway Station area is largely intact with old water tank on the left, sheds and large station building on the right, but not currently accessible to the public [2021] 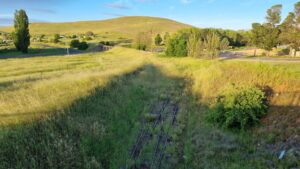 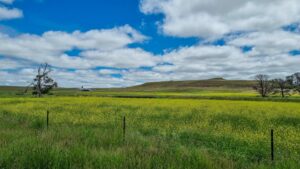 The rail line passes through the wide open Monaro between Cooma and Nimmitabel, here around 1000m above sea level [2021] 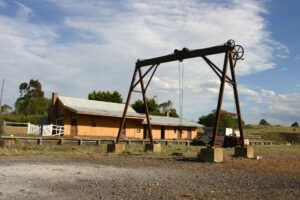 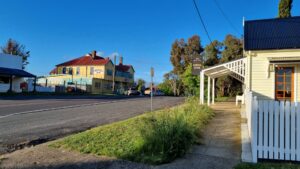 Part of the village of Nimmitabel [2021] 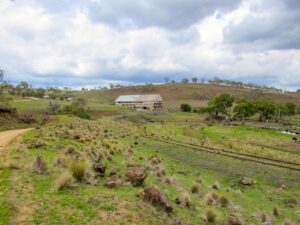 The scenery at Maclaughlin is particularly attractive as the corridor winds down the valley from Nimmitabel, and the mystique of a long abandoned abbatoir! [2020] 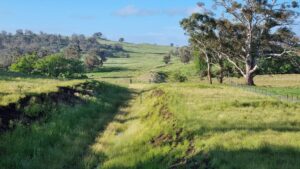 Descending from Maclaughlin to Holts Flat [2021] 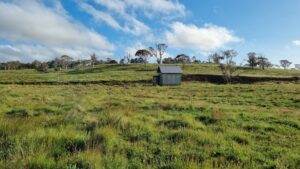 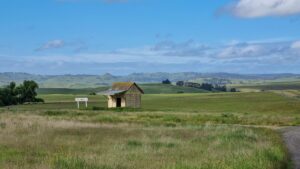 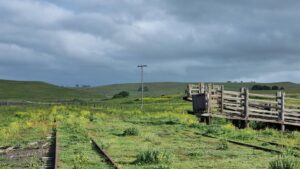 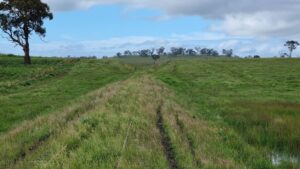 The corridor in the Bukalong Siding Rd area [2021] 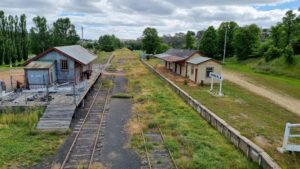 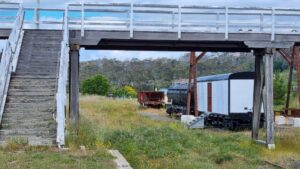 The timber overhead pedestrian bridge at Bombala railway station is one of few left in the country. [2021] 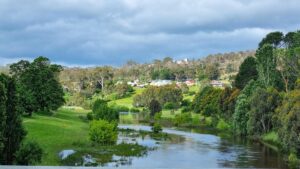 Its almost 7 years since the first review on this website and it would seem there is not a single kilometer open. What else would you expect from this LNP government in NSW. The economic benefits to the towns along the proposed route would be substantial. The local population deserve better from their state politicians. I really despair that we in NSW have got so few lengthy rail trails built over the years compared to the other states.

Well said Ian! I am about to go to Victoria for holidays so that I can ride a decent rail trail. I will ride the Murray to Mountains trail and the Great Victoria trail.
The Queensland trails are too rough and there is nothing in NSW to attract a semi-serious rider.
The tourist potential of rail trails is well known and the economic benefits realised. Towns along the rough as … Brisbane Valley Rail Trail sing the praises of the economic benefits. I would love to ride the Monaro rail trail, but I will be too old.

This has enormous potential and, if started at the Queanbeyan end, will get immediate usage from a large capital city population centre. The distances between Queanbeyan and Michelago is ideal for an out and back trip, with refreshments at Michelago. The next stop would be Bredbo (30 km) and a further 35 km to Cooma. It will be a big task, but will result in a wonderful asset and tourism feature for the area.

Hope this becomes a reality – at the moment, farmers have fenced over the permanent way which should never have been permitted. Very little of the rail corridor is currently accessible.

Find us on Facebook. Friends of Monaro Rail Trail has an active FB page with 15 videos. Most are interviews of local landholders with properties through which the trail will pass.
https://www.facebook.com/MonaroRailTrail/

railway trail for the Monaro should be view as a resource for job creation for the Monaro people both young and old
Monaro rail trail does have unique landscape with biggest colourful sunsets anywhere in the world. why not share it with the world?

Would like to see more information about the consultative process with landowners adjoining the railway line, particularly in the Cooma area of this proposed trail. To allow it to be used as public road will affect landowners adjacent to the trail.

We acknowledge the Ngarigo people, the traditional custodians of the land and waterways on which the rail trail will be built.

A group of locals formed Monaro Rail Trail Inc to work on proposals to use the abandoned rail corridor for a multi-use trail, enabling wider community use by walkers, cyclists and equestrians.

Snowy Monaro Regional Council commissioned a feasibility study of the Trail in 2019.

The Bombala line extends from near Goulburn in southeast NSW almost to the Victorian border, finishing at Bombala. It travels within a few km of Canberra, then runs to Cooma and Nimmitabel.

Construction of the line began in 1887, reaching Cooma in 1889, and it survived until 1990. The Cooma to Nimmitabel section opened in 1912 and was extended to Bombala in 1921. There is a tunnel at Colinton.  From Cooma the line winds through hills to the terminus at Bombala.

This railway was very important and very busy during construction of the Snowy Mountains Scheme from the 1950s to 1970s. The Scheme, the largest engineering project so far undertaken in Australia, provided a major source of employment for postwar migrants; 100,000 people worked on the Scheme between 1949 and 1974, two-thirds of them migrants from more than 30 countries.

The Goulburn to Cooma railway line became the lifeline for the Scheme, with passenger trains transporting materials as well as workers and their families to and from Cooma. It was progressively closed past the point where the Canberra line branches off. The Australian Railway Historical Society ACT division had operating rights from Queanbeyan to Michelago, though no trains have run since 2006.

Rail motors which ran between Cooma and Chakola, and the Cooma Monaro Railway operated diesel railcars, known as ‘Tin Hares’ on sections of the line many times a year. While neither now operate, there are rolling stock and/or exhibits at the Historical Society’s Museum behind Canberra station, and at Cooma and Bombala stations.

The AGM for Monaro Rail Trail Inc was held at the Cooma Library and online ... 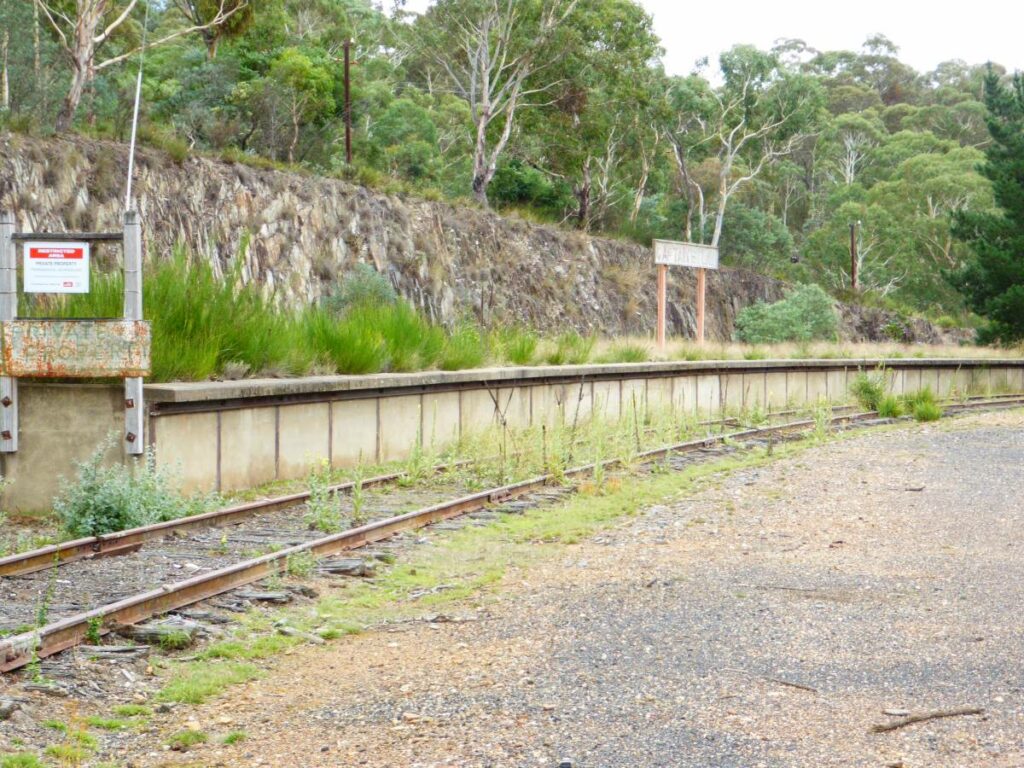