The surburban railway to Ferny Grove once extended a further 32km to Dayboro. Short sections of this railway are now rail trails. Although short, they are popular with Brisbane mountain bikers due to their proximity to the many trails in the Brisbane Forest Park and the Samford Valley. The trails are now signposted.

In 2016, the Rail Trail $ 2.1 Million upgrade was completed (which included a new concrete bridge over Dry Creek)

Stage one from Ferny Grove to Peterson Road is now fully sealed, whith up graded lighting at the major road crossings

At the end of Lanita Road is a vehicle turning circle. A path leads up to the start of the trail which runs through the southern part of Brisbane Forest Park. The rail trail can be distinguished from other forest trails being sealed  and by substantial railway embankments and cuttings. The trail ends at a gate at the western edge of the park.

The busier McLean Road then picks up the railway alignment. Along this road is the site of Queensland’s worst railway accident. On Labour Day, 5 May 1947, a picnic train descending the steep grade of the Samford Range left the rails resulting in the death of 16 people including the driver and fireman. The accident was due to excessive speed, apparently because the driver “did not know the road” (a railway expression meaning the driver was unfamiliar with the stretch of track). A cairn marks the spot beside McLean Road. For more information on the accident see Wikipeida or QRIG.

The railway can be picked up again where it passes through Samford Village. A short section of the formation remains as a walking trail connecting the northern and southern sections of Cash Avenue. The Samford Museum complex houses the original Ferny Grove railway station and has information on the line.

A further 1km section of the line can be walked or ridden north from Currawong Road. It leads to the entrance to a railway tunnel under Mount Samson Road. The far end of the tunnel has been blocked and it is now used by Queensland University to study the resident bat colony. Steps lead up to the road above where there is a plaque marking the location of the tunnel. The section may be muddy after rain.  The tunnel is not able to be entered; the northern end was filled when the site was used as the local rubbish tip. 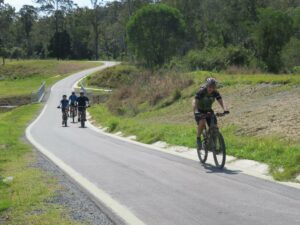 Start of the rail trail from the Ferny Grove end (2007)

Sign at Samford noting the location of the former station (2011)

Some rail trail sections and roads are managed by the Moreton Bay Regional Council. The sections of the corridor within Brisbane City Council are on road.

While in Samford visit the  Samford Museum

We acknowledge the Waka Waka and Yuggera people, the traditional custodians of the land and waterways on which the rail trail is situated.

In 2012 the Department of Transport and Main Roads considered two options for a commuter cycle route between Samford and Ferny Grove.  Parts of the cycleway would utilise more of the former rail corridor.

In 2016, the Rail Trail $ 2.1 Million upgrade was completed (which included a new concrete bridge over Dry Creek)

Stage one from Ferny Grove to Peterson Road is now fully sealed, with up graded lighting at the major road crossings

The railway opened in sections starting in 1916. It reached Dayboro in 1920. The line closed in 1955 after only 35 years of service. The line was closed beyond Ferny Grove in 1955 after the freight traffic was lost to road transport

On 5 May 1947, a packed excursion train derailed at Camp Mountain, after Ferny Grove railway station, in what is Queensland’s worst rail tragedy. There were 16 fatalities, including both the driver and fireman of the train, and 38 others were injured.

The Camp Mountain train disaster is still the largest loss of life in a rail accident on the Queensland railway network.

Stage one of the Ferny Grove to Samford Rail Trail upgrade is now complete.

Stage one of the Ferny Grove to Samford Rail Trail upgrade is now complete. (more&... 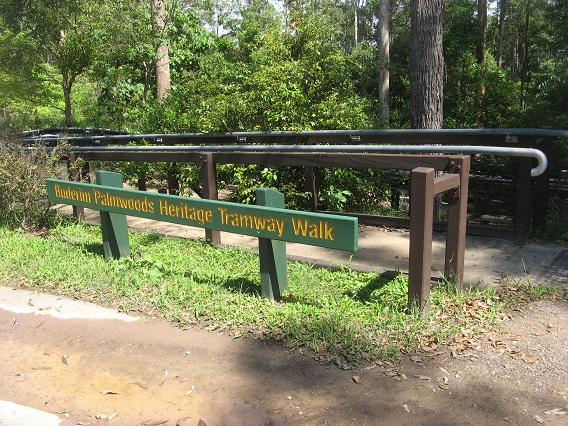 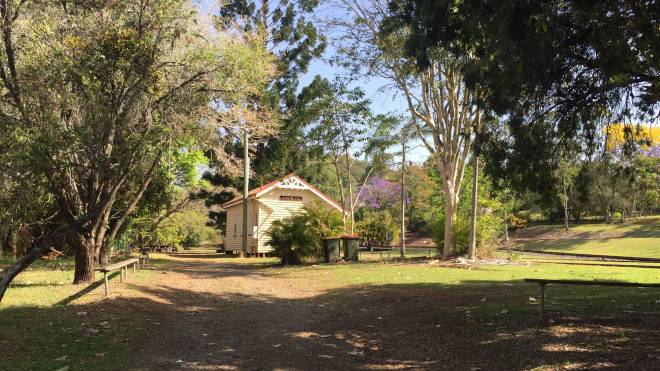 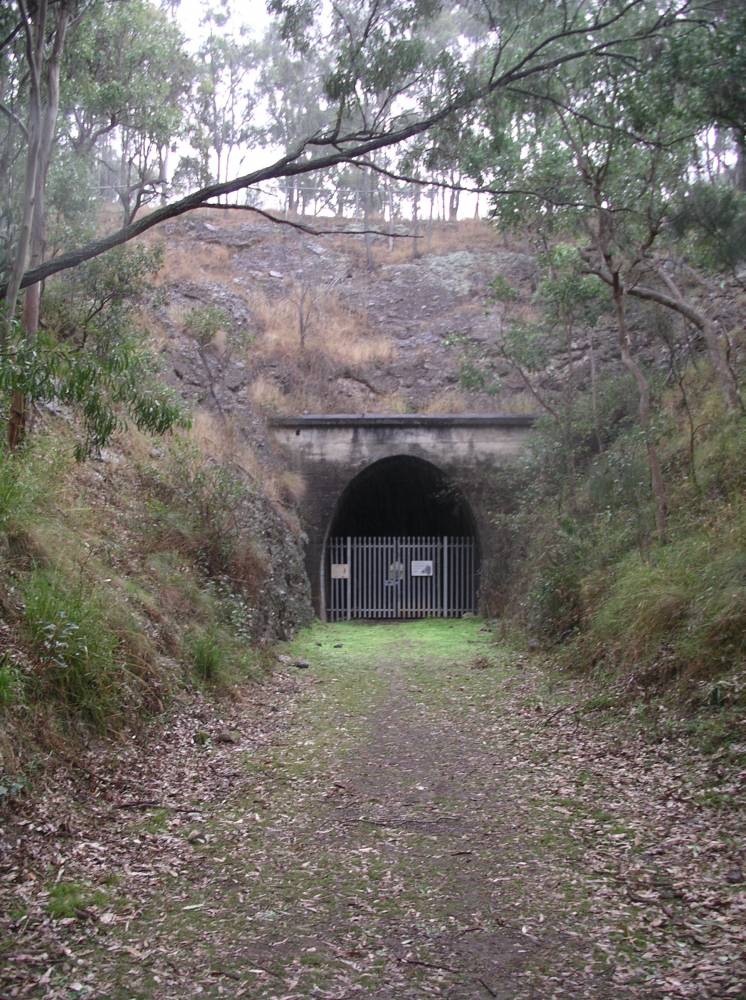