The Perth–Fremantle Principal Shared Path (PSP) is a high-quality urban dual use pathway that runs parallel to the Fremantle railway line through Perth’s western suburbs. At 20 km long, the path can be cycled in an hour or walked in approximately four hours.

Starting at the Yagan Square digital tower, the path heads west along Wellington St to Perth Arena. Yagan Square and Perth Arena were developed as part of the Perth City Link project, which involved sinking a short section of the Fremantle line, reconnecting the Perth CBD with Northbridge.

After rejoining the railway on the northern side of Perth Arena, the PSP continues west past City West and West Leederville Stations. Approaching Subiaco, the remains of Subiaco Oval (home of Australian Rules Football in WA between 1908 and 2017) can be seen on the left. After crossing beneath Haydn Bunton Drive, the railway enters another tunnel. The PSP continues at surface level through the Market Square parklands before arriving at Subiaco Station at the northern end of Rokeby Rd.

Leaving Subiaco, the PSP continues on the northern side of Roberts Rd through the Subi Centro redevelopment area. The PSP passes beneath Hay St via an underpass, where it rejoins the railway at Jolimont Park. Heading southwest, the PSP continues along the western side of the railway past Daglish, Shenton Park, Karrakatta and Loch Street Stations. Key points of interest along this section include the Irwin Army Barracks and Karrakatta Cemetery.

The path runs along the southern edge of Claremont Showgrounds, home of the WA Royal Agricultural Society and Perth Royal Show before arriving at Claremont Station – one of the oldest and most historic stations on the Perth rail network. Claremont itself is a major retail area home to many restaurants, cafes, and speciality stores.

Heading south, the PSP continues on the western side of the railway. Smaller retail precincts can be found along Claremont Crescent (near Swanbourne Station) and Napoleon St (near Cottesloe Station). There is a connecting path to Cottesloe Beach along Forrest St.  Cottesloe Beach is one of the most famous beaches in Perth, and is home to the annual Sculptures by the Sea art exhibition. The section between Mosman Park and North Fremantle stations offers spectacular views over the Indian Ocean.

Between North Fremantle Station and the Swan River, the best route is via Pearse St. Users are advised to take care when crossing Tydeman Rd, a busy freight route. On the southern side of Tydeman Rd the path continues behind the Swan Hotel and on to the historic Fremantle Traffic Bridge. The final section between the Swan River and central Fremantle can be undertaken using Beach St (where there is a footpath and on-road bike lanes) or via the shared path on Peter Hughes Dr. Beach St runs past the historic Fremantle Woolstores, whereas Peter Hughes Dr runs past the Fremantle Passenger Terminal and E-Shed Markets. 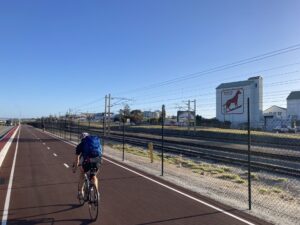 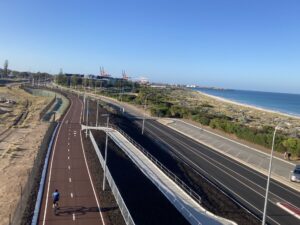 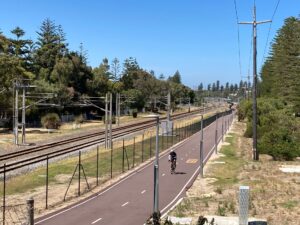 The PSP runs through the beachside suburb of Cottesloe, with its famous Norfolk Island Pines 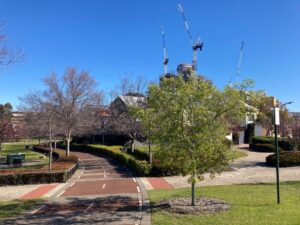 In Subiaco ,the railway enters a tunnel, whereas the PSP remains at ground level.

Rail Trails Australia acknowledges the Whadjuk people of the Noongar Nation, the traditional custodians of the land and waterways on which this pathway is built.

Over the next few years, the PSP will be extended from North Fremantle Station to the Swan River as part of the Swan River Crossings project, which includes replacement of the existing Fremantle Traffic Bridge and duplication of the rail bridge.

The Fremantle railway line connects Perth with Fremantle. The line opened on 1 March 1881 as the “Eastern Railway” and ran between Fremantle and Guildford via central Perth. In July 1926, the Fremantle Railway Bridge over the Swan River was partly washed away in a flood, with one line restored in 1926 and the second in 1928.

Passenger services on the Fremantle line were suspended in September 1979. The WA Government planned to convert the railway reserve into a busway. The closure of the line was opposed by Friends of the Railway, which submitted a petition of 100,000 signatures and prepared a 98-page report arguing for its retention. The service was reinstated in July 1983 following a change of government. The railway was electrified in 1991. Over the years, two sections of the railway have been ‘sunk’. The Subiaco tunnel opened in 1998 and the Perth City Link tunnel opened in 2014. 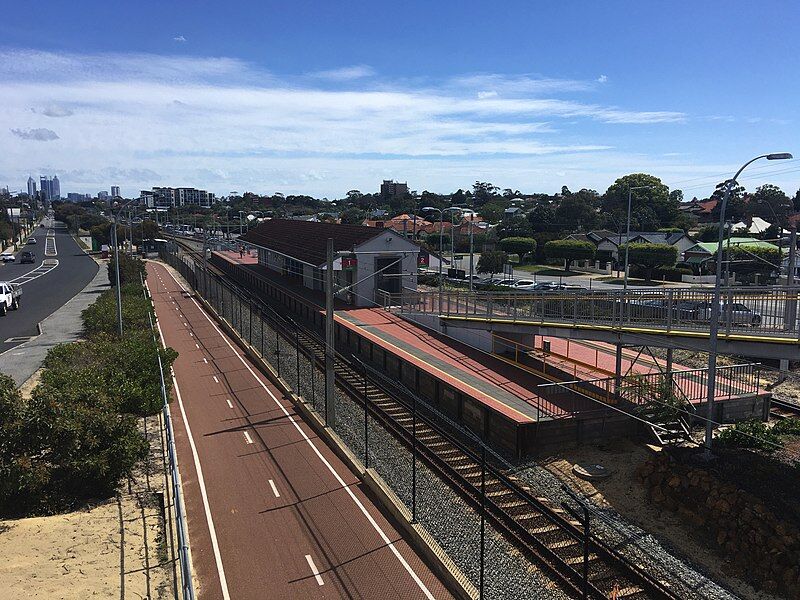 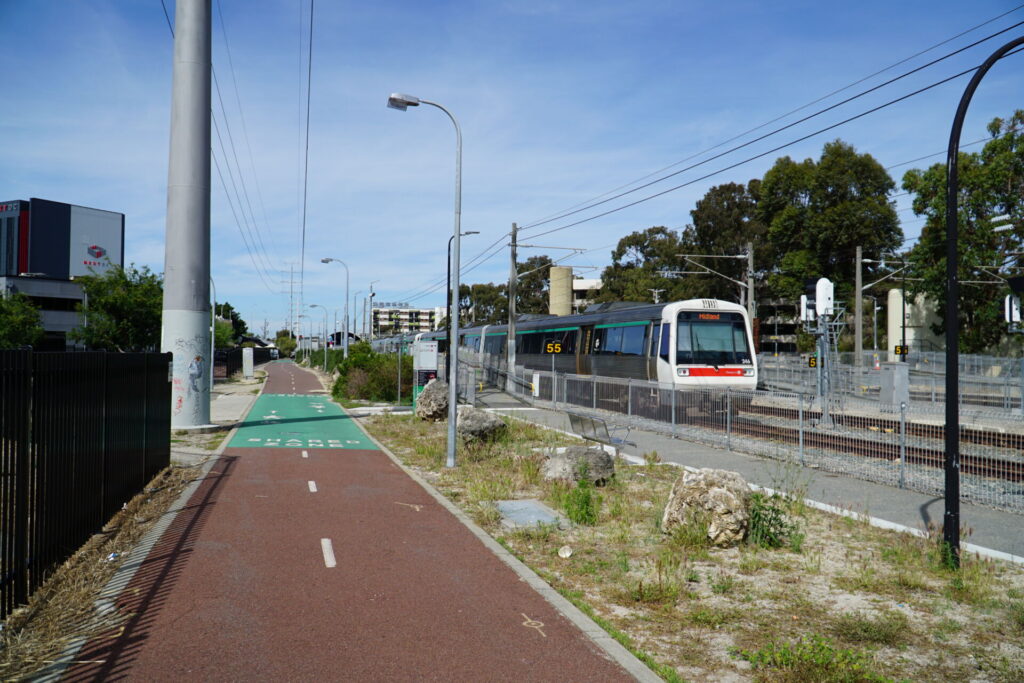