The Kapunda Rail Trail features a smooth hot-mix surface of good width. It is SA’s  second shortest rail trail but is well used by cyclists, walkers and runners, especially before and after school. All three of SA’s major long distance trails, Mawson (cycling), Heysen (hiking) and Kidman (horse riding/multi-use) pass along or cross this trail.

There are coffee shops, bakery and restaurants in the nearby main street, and toilets and picnic facilities at Davidson Reserve.

The trail starts on the western side of the Davidson Reserve duck pond  on Coghill Street. Some rail remnants are visible adjacent to the path, and the level crossing on Coghill St is intact. An old pumphouse building alongside the trail was used to pump water from the dam for use by steam trains.

Head north along the linear park, taking care at the two road crossings.

To the south of the duck pond, an unsealed road leads to the old station, which is quite grand by country standards and has been kept in good condition and used as a B&B in recent years. Much of the rail and yard infrastructure is still in place.

The southern end of the Rattler and Riesling Rail Trails can be reached at Riverton, about 30 km northwest of Kapunda, by road or via the Mawson Trail.

The Barossa Rail Trail can be reached at Nuriootpa, 22 km southeast of Kapunda, by road or via the Mawson Trail.

The trail is managed by Light Regional Council. To report problems contact light@light.sa.gov.au or phone (08) 8525 3200.

Development and Future of the Rail Trail

While informal trails have existed within the railway reserve for decades, it is only since the line closure and removal of the tracks that attractive linear path and sealed rail trail has been established.

The Swann Path Kapunda Rail Trail opened in 2015. There are plans to extend the trail south 1.5 km to Bethel Rd and it is hoped the Kapunda Trail will eventually form part of a future Wine Capital Trail which will run from the Clare Valley to McLaren Vale via the Barossa Valley and Adelaide Hills wine regions.

Kapunda became the first mining town in South Australia soon after copper was discovered in 1842. Mining began in 1844 and continued until 1879, when world copper prices fell. Although copper was mined for only a brief period, revenue from its sales saved South Australia from bankruptcy.

When the railway opened in 1860, Kapunda became the rural centre for the Mid-North of the State. The first section of the line from Gawler to Kapunda was built to serve the mines and opened in August 1860. It was extended to Morgan in 1878 to provide a more efficient freight and passenger connection between the Murray paddle steamers and both the city of Adelaide and Port Adelaide for ocean transport.

The Eudunda to Morgan section closed in 1969, and the line was removed not long after. The Kapunda to Eudunda section was closed in 1994, with the deterioration of the River Light bridge at Hansborough cited as a reason for closure. This section was pulled up the following year. The remaining Gawler to Kapunda section was leased by the SA Government to Australian Southern Railroad in 1997 as part of AN’s SA freight asset sale to Genesee and Wyoming. While it theoretically remains open, it has not been used for many years. 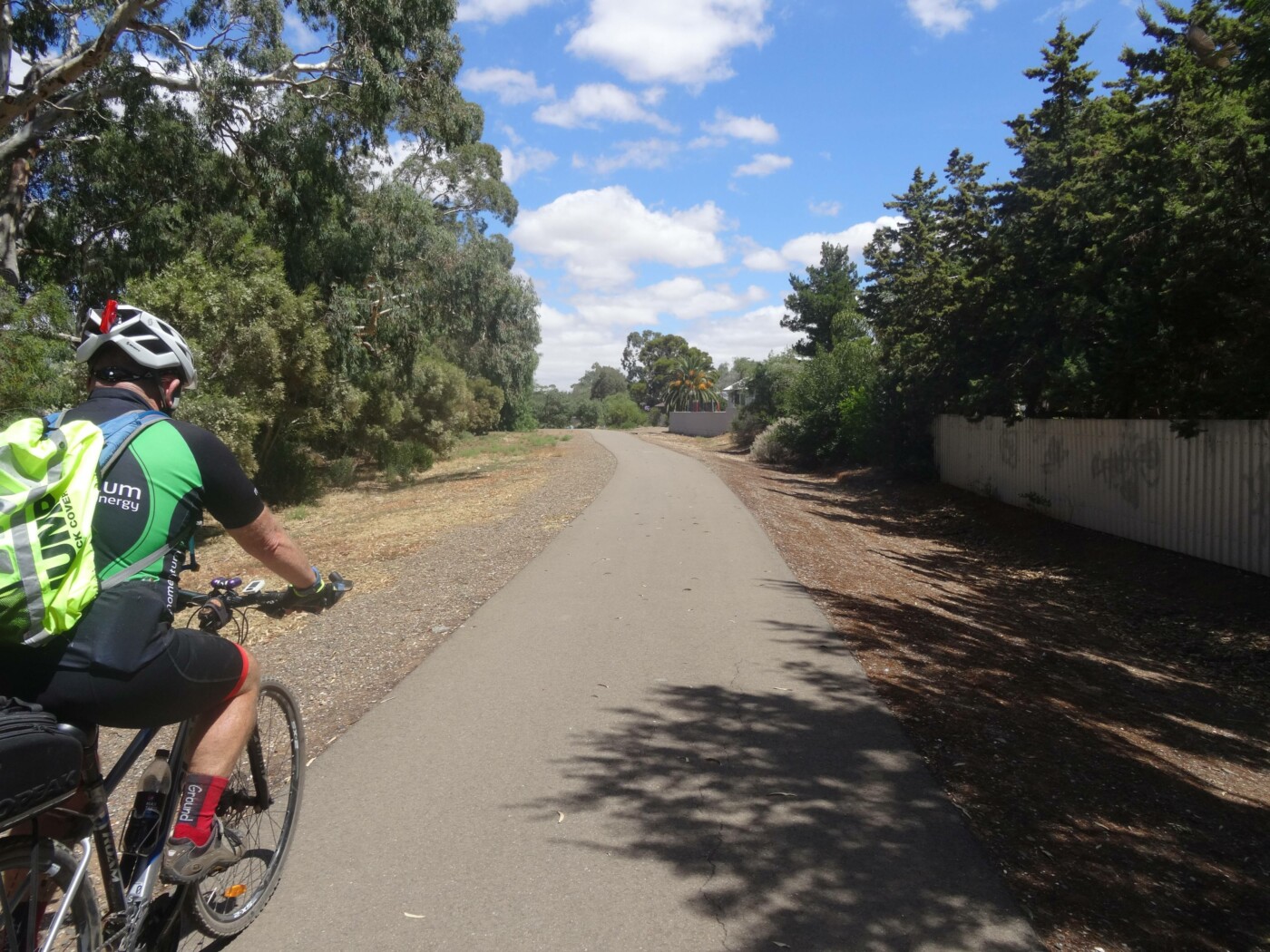 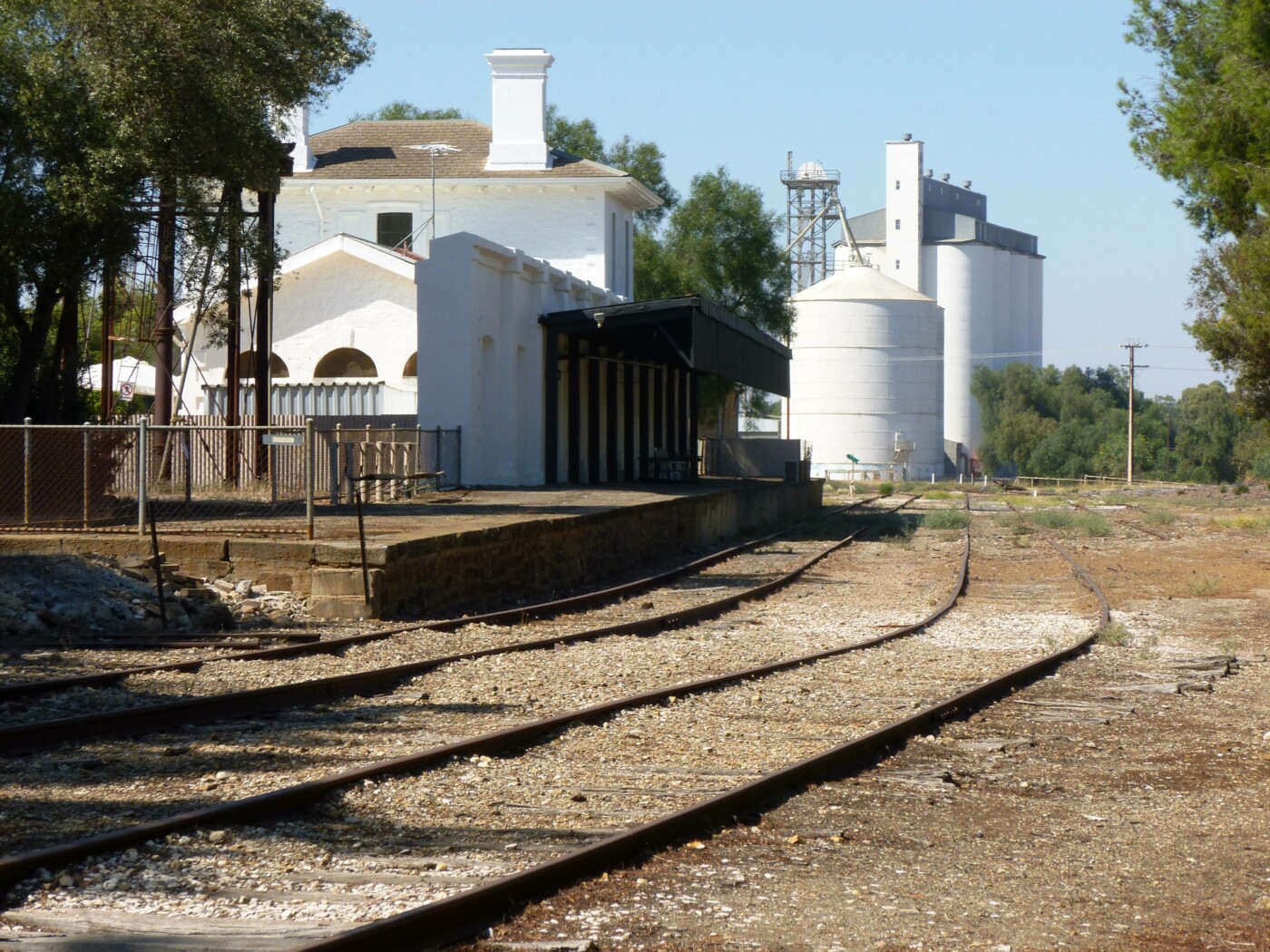 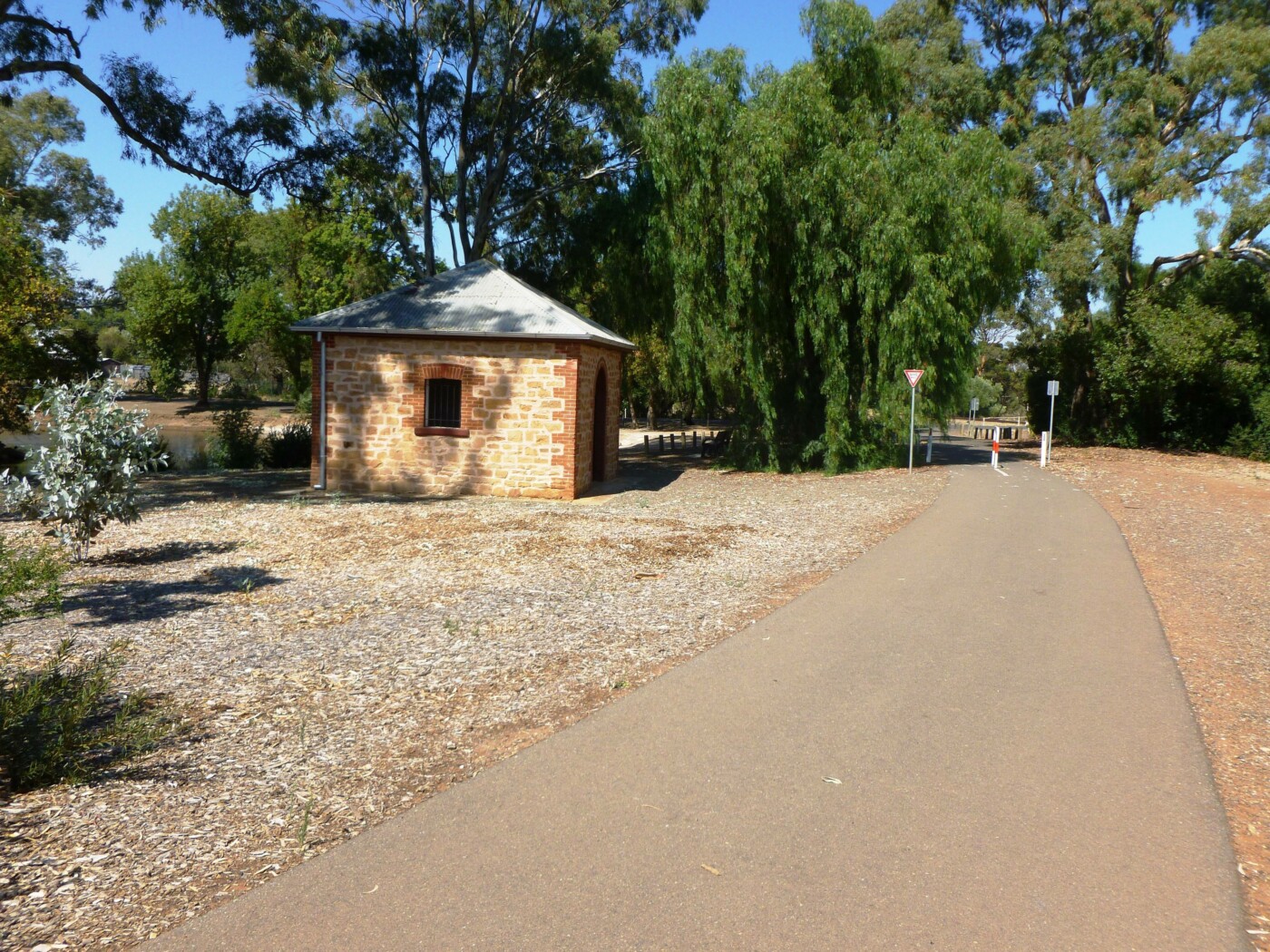 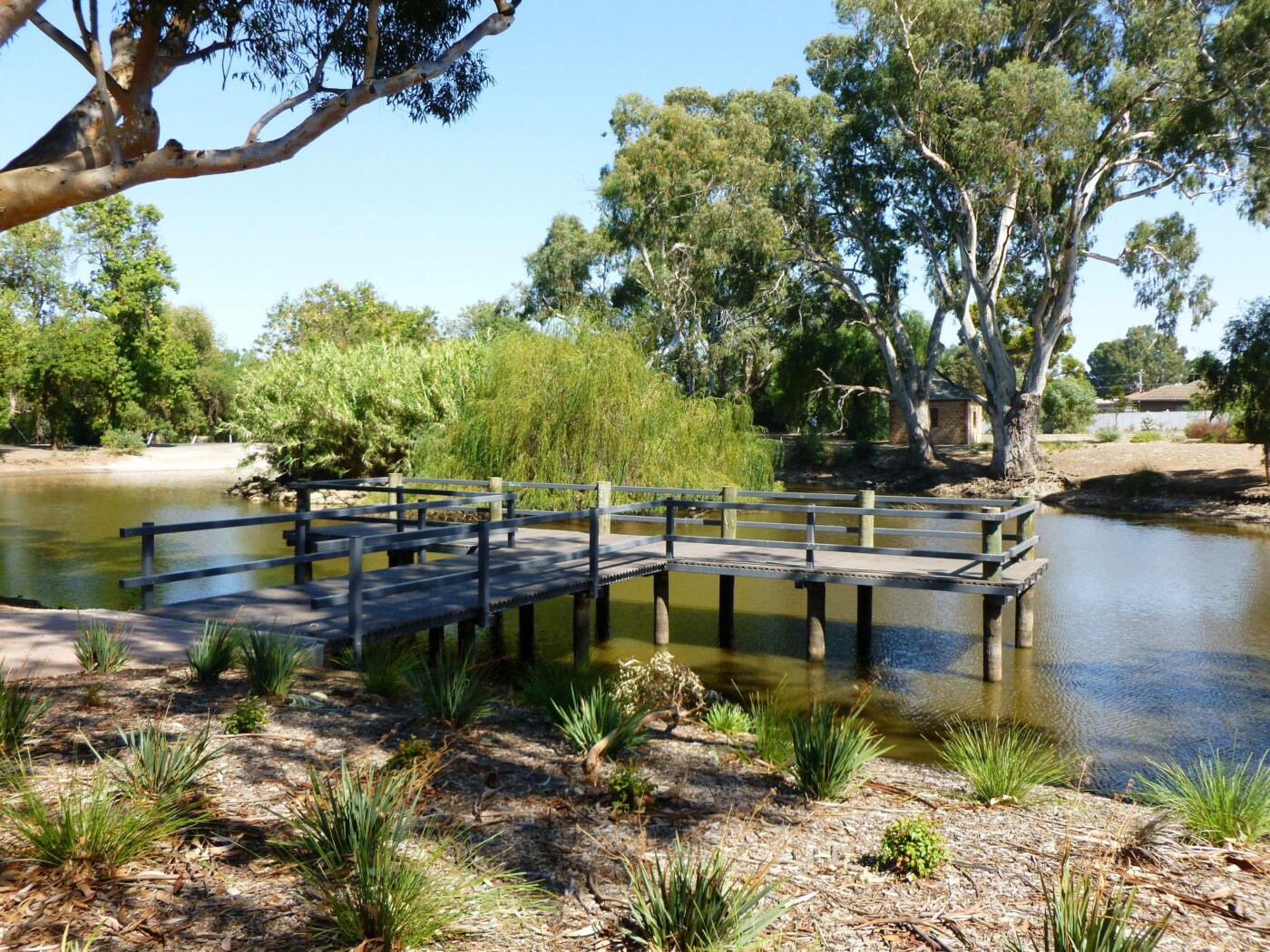 Davidson Reserve pond with pump house in the Background 2020 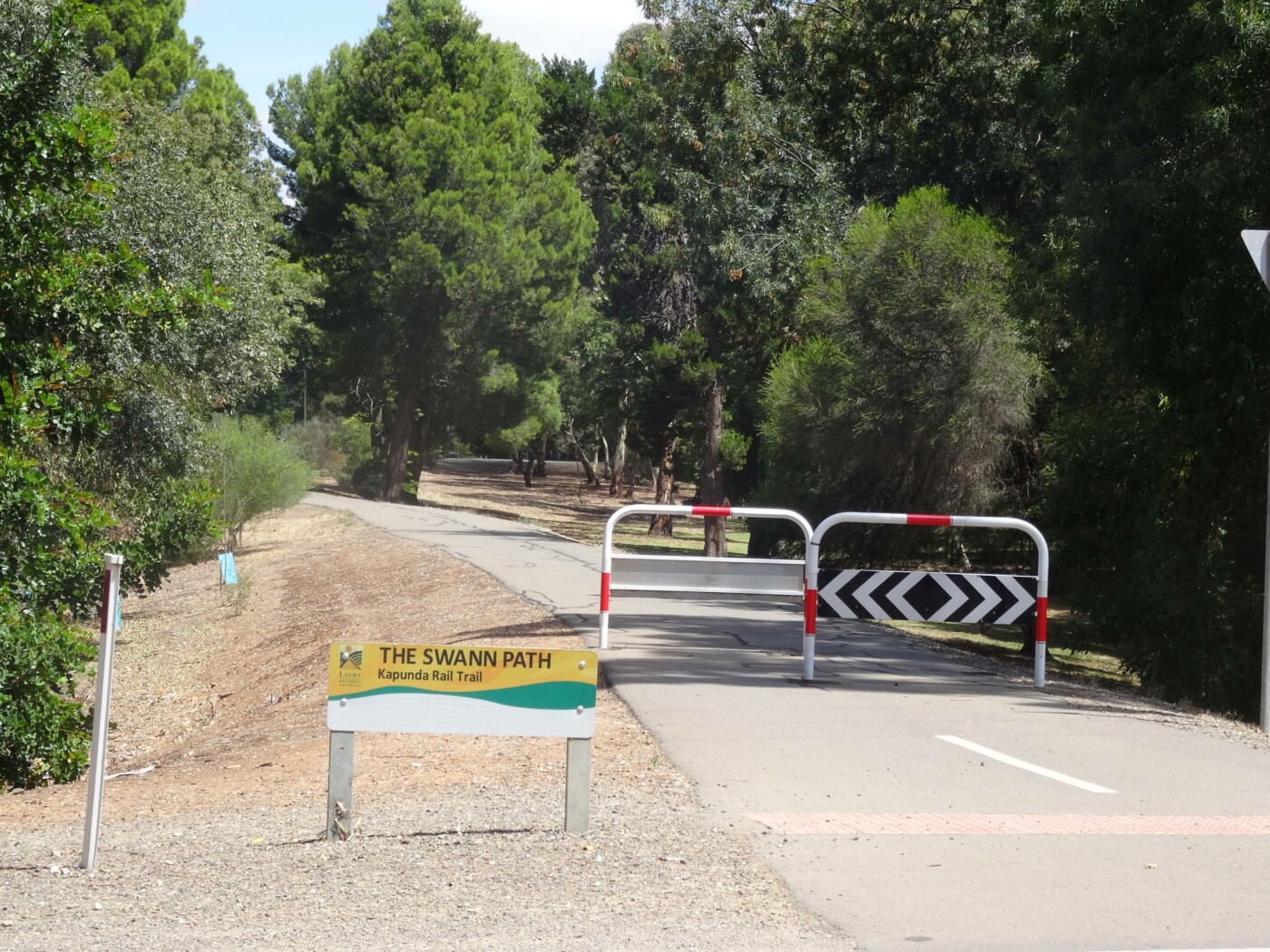 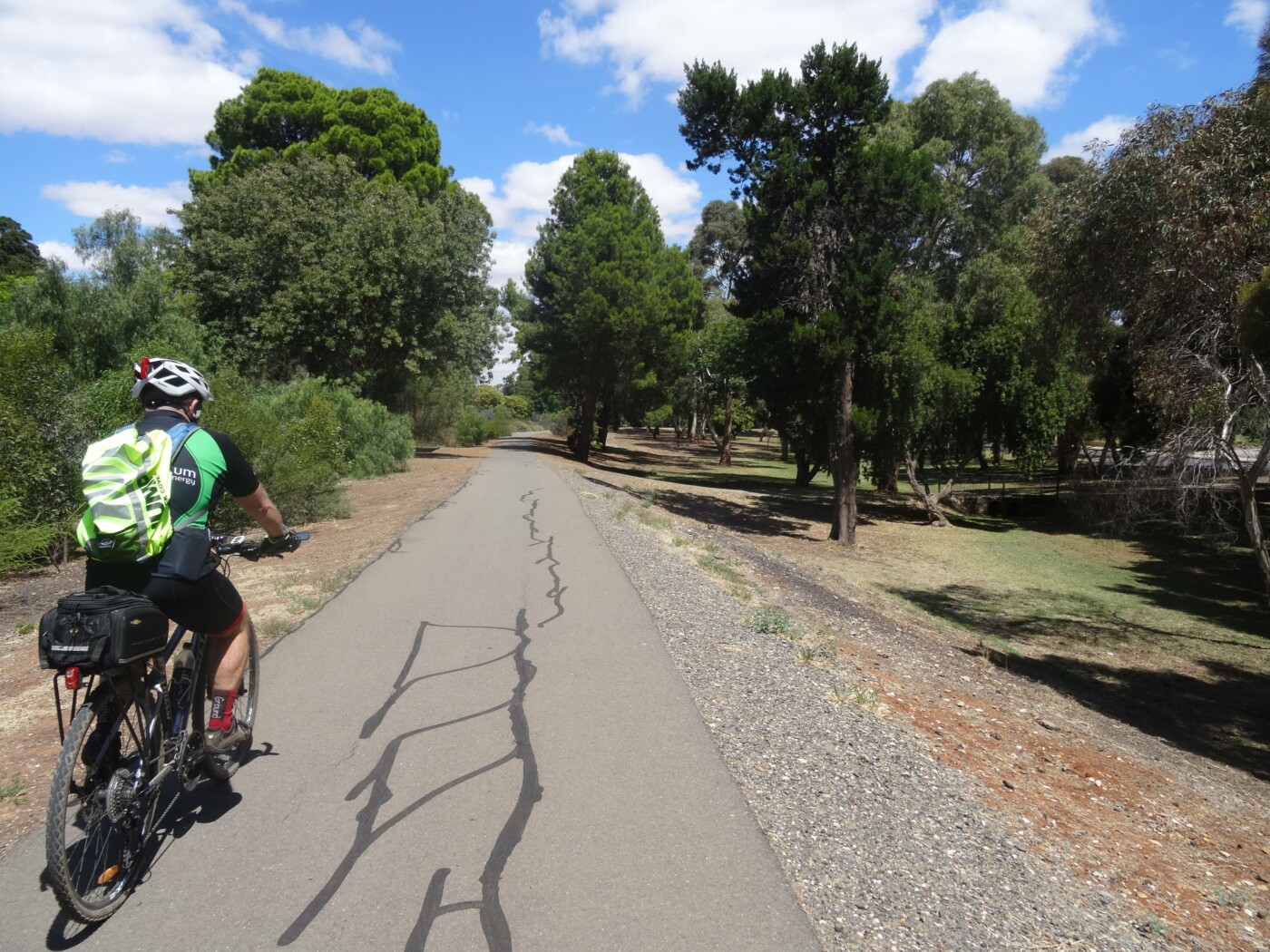 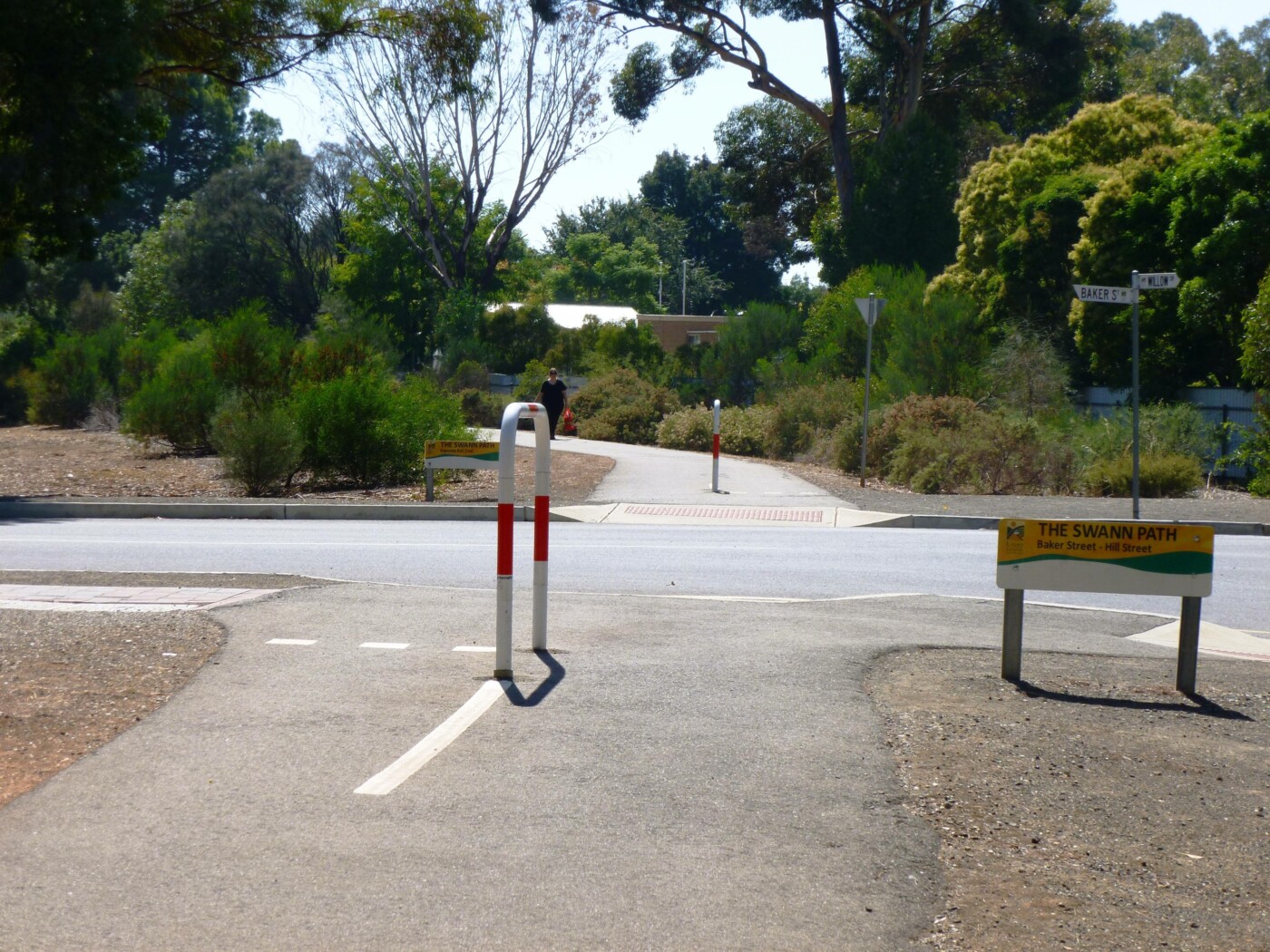 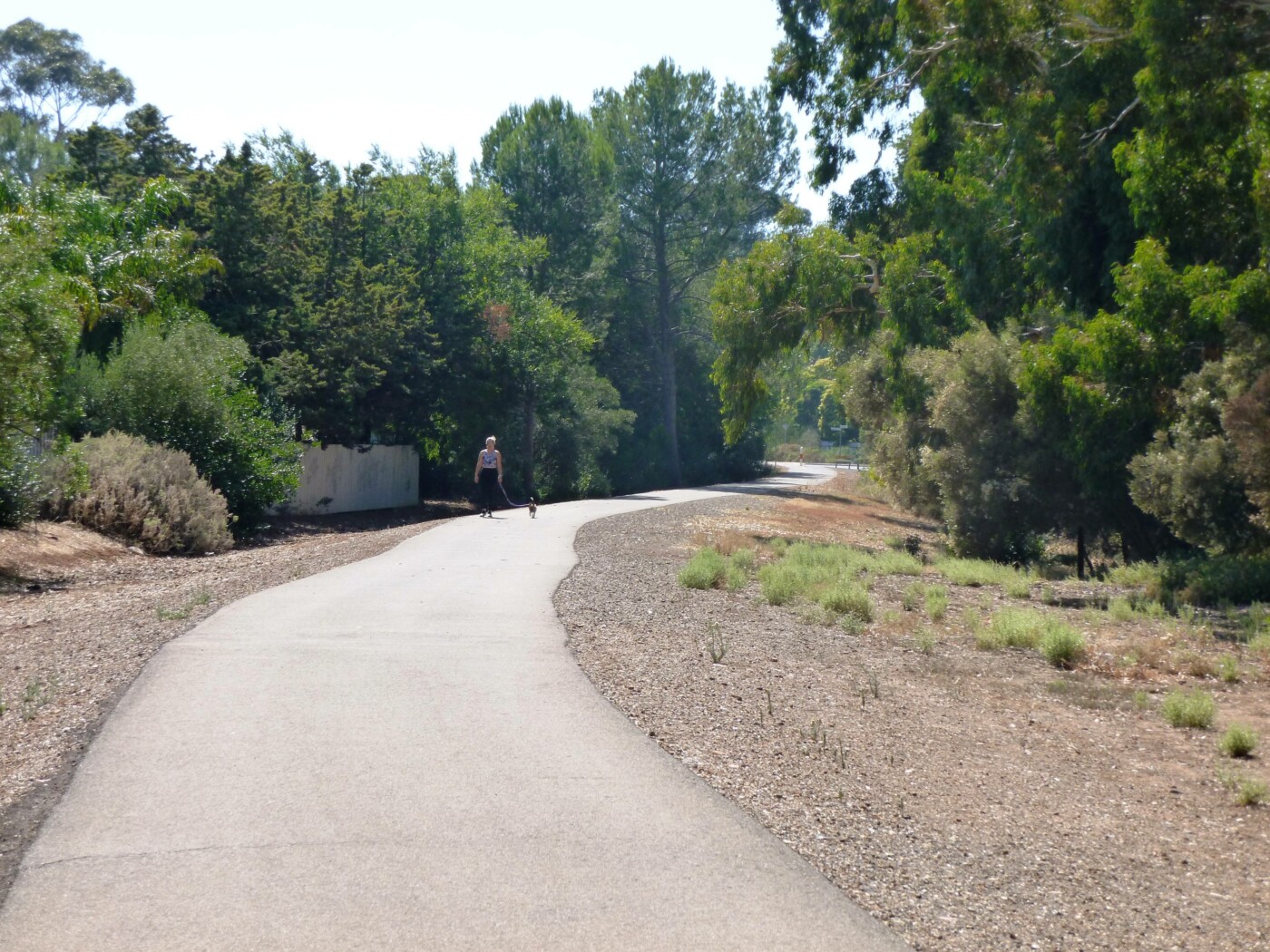 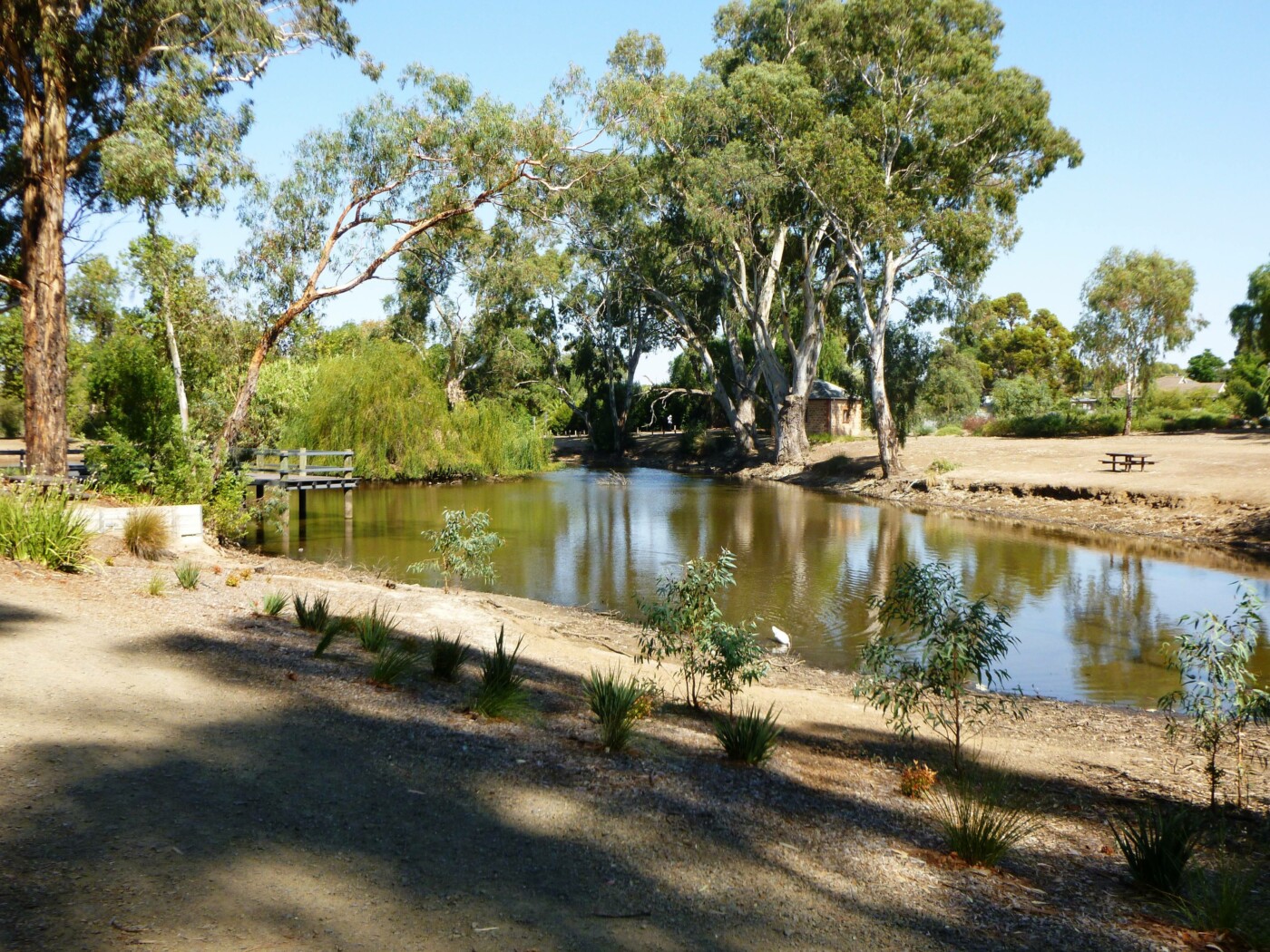 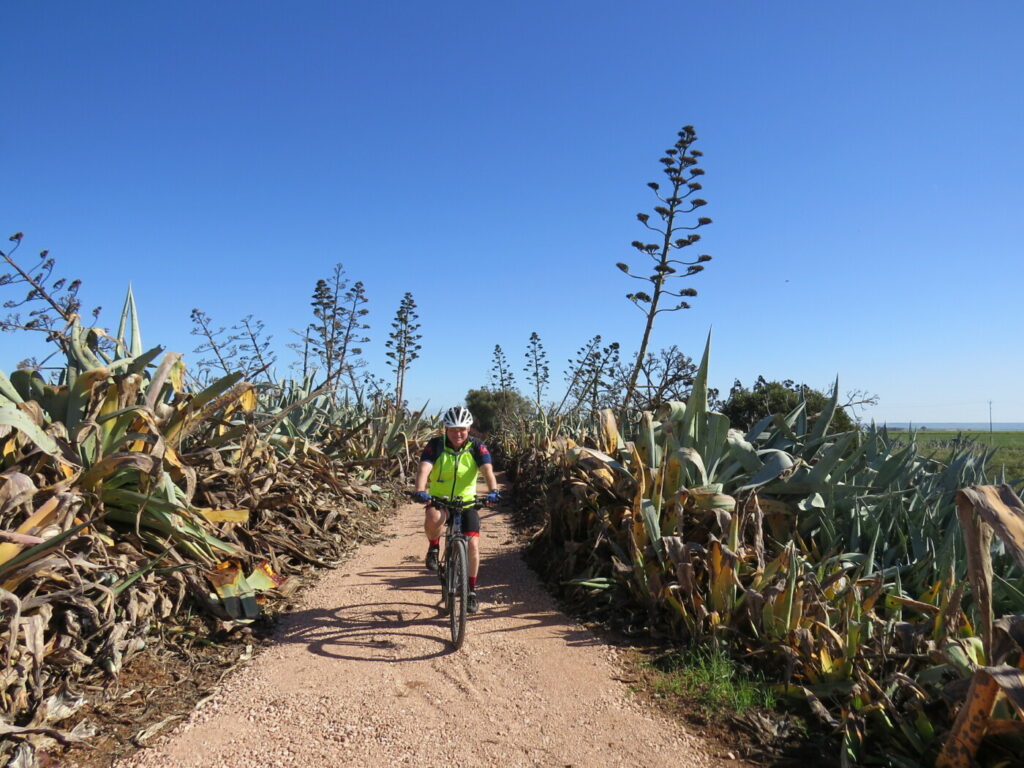 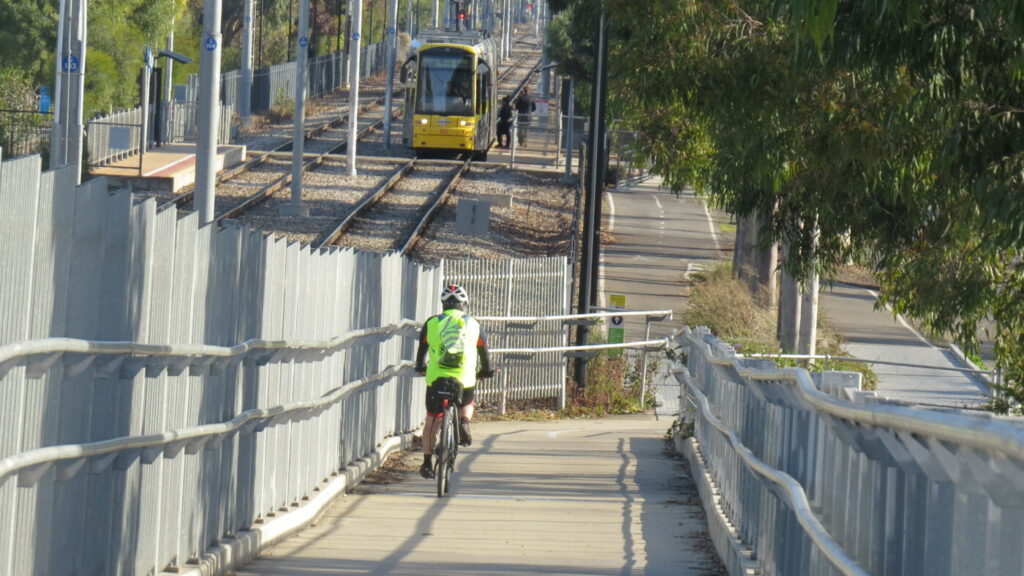 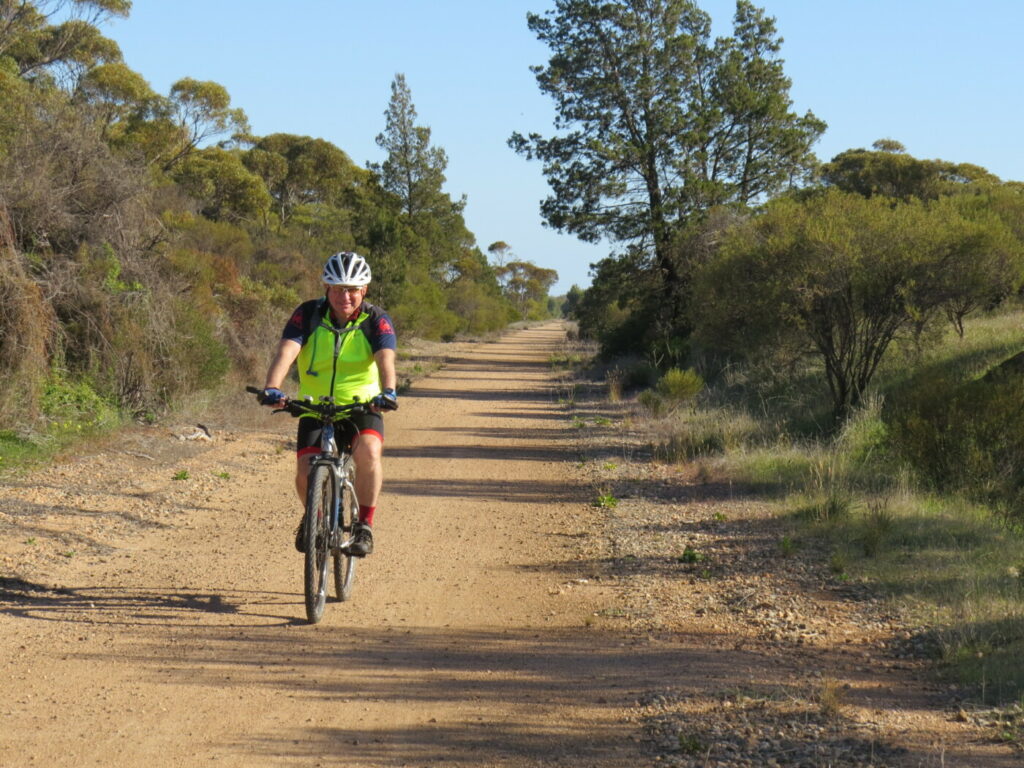